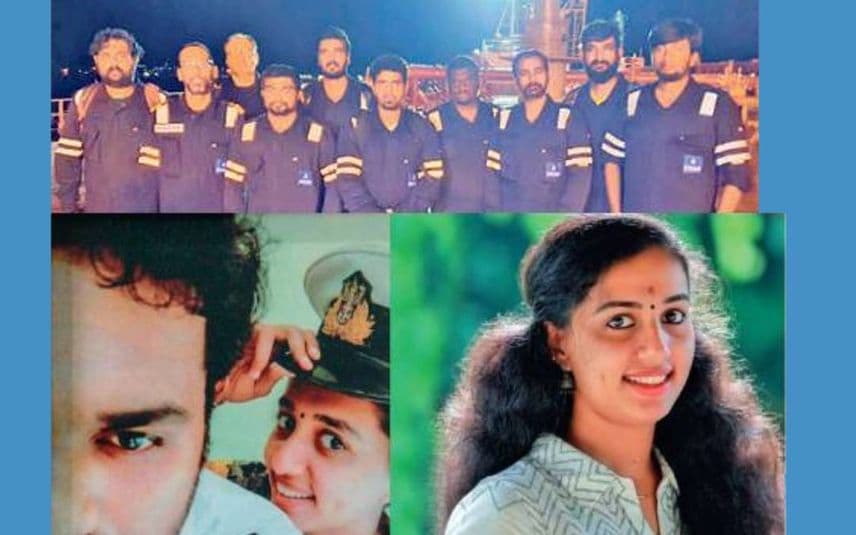 Kollam: As many as 16 Indians, including Malayalis, are being held in the African country Guinea for violating the international sea route for the past three months. It includes Vijith, brother of Vismaya, who suicided over domestic violence here last year.

The team of 26, employees of Norway-based OSM Maritime, had left for South Africa to transport crude oil to Nigeria. The captain of the ship is Dhanush Metha and chief officer is Sanu Jose, a Malayali. Vijith is a navigating officer.

While the ship was waiting for clearance to enter Nigeria, Guniean navy officers arrested the crew for violating the maritime boundary.

The employees allege that they were not released despite the company paying the fine demanded by Guniea. It is learnt that Nigerian navy has sought the custody of the sailors and they have pleaded against it.

Relatives of the staff have approached union and state governments seeking intervention.

Photo of Vismaya with brother's baby goes viral on social media; trial in case to start on Monday

Guinea pulls out of Olympic Games