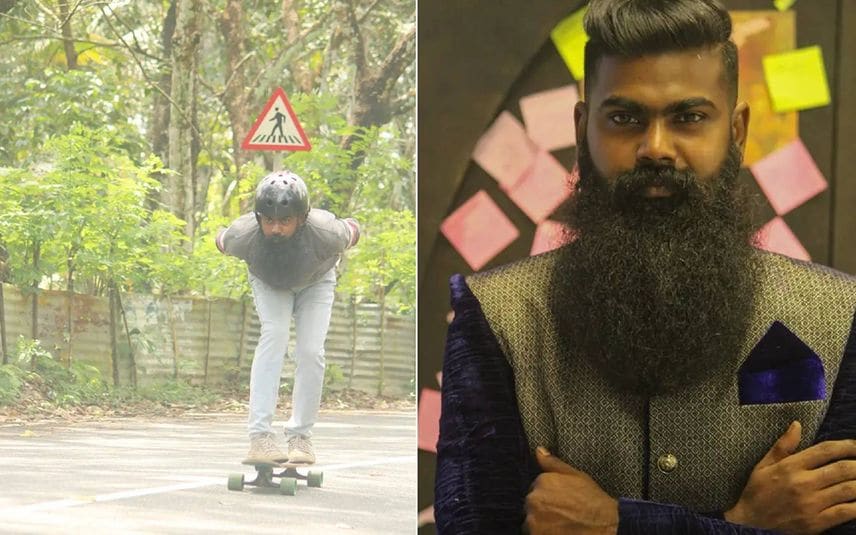 Thiruvananthapuram: Malayali skateboarder Venjaramoodu native Anas Hajas (31), who was killed in a road accident during his journey from Kanyakumari to Kashmir, quit his high-paying job to pursue his passion three years back. Anas, who majored in computer science, had worked at Technopark and a private school in Bihar. He learned skateboarding by watching videos on YouTube. It took him almost a year to learn how to balance himself on the skateboard. He practised on the roads in Pullampara and was also helping kids in his locality learn skateboarding.

At first, he did not receive enough support from his family. But they soon realised his love for skateboarding. Anas went on the journey from Kanyakumari to Kashmir on an impulsive note, with very little planning. He had carried with him only two pairs of clothing, shoes and helmet. Anas had shared through social media that he thought of the plan to travel from Kanyakumari to Kashmir on his skateboard just two days back before he started. In the beginning, he used to travel at a speed of 100km/hr which was later brought down to 30km/hr.

Malayali skateboarder on solo trip from ...

Besides Onam kit, ration cardholders to ...

Anas started his solo journey from Kanyakumari on May 29. The accident happened just three days before he was to reach Kashmir. He was just 600 km away from his destination after 64 whole days of travel. He recorded his last video while resting at Ambala. The accident involving a tanker lorry that took place in Panchkula on Tuesday morning claimed his life.

A malayali, whom Anas met while travelling, informed the matter of his death to his brother.