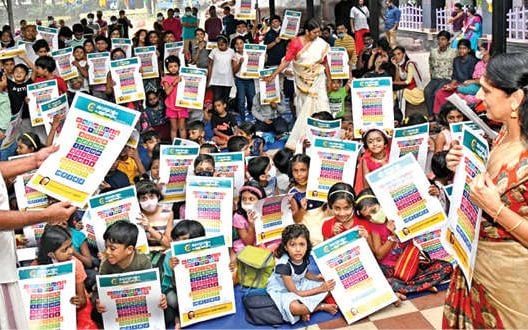 Thiruvananthapuram: ‘Malayalam Pallikoodam’ has been set up to support the Kerala government’s move to introduce revised uniform script in the state.

Colourful pamphlets with revised Malayalam alphabets were distributed among the students at a function held at Govt Model HSLP School in Thycaud. The pamphlets were prepared by the Sreevalli trust. The programme has been conducted in connection with the 83rd birth anniversary of Vishnu Narayanan Namboothiri.