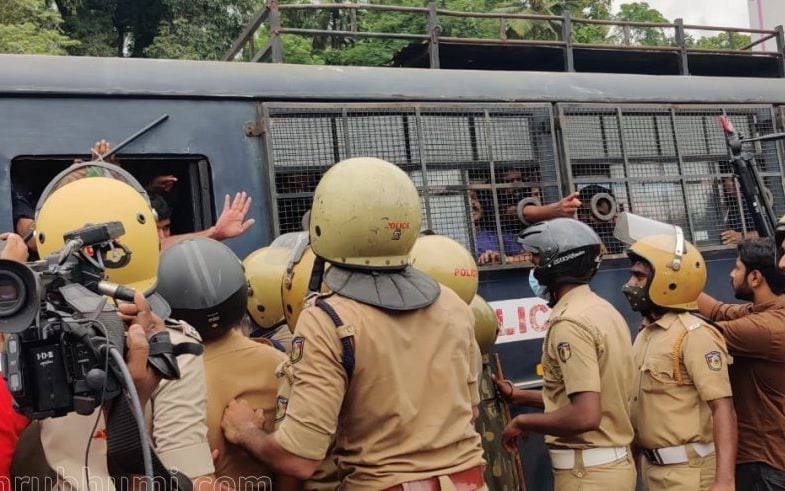 Malappuram: Kuttipuram and Thavanur region of Malappuram witnessed high voltage protests against CM Pinarayi Vijayan on Sunday who reached the place for the inauguration of central prison.

Youth Congress and BJP workers brandished black flags at CM’s convoy passing through Kunnamkulam. The Youth Congress workers wearing black shirts and masks also tried to jump over the barricade which resulted in a scuffle with police officials. Police used water cannon and later arrested them to bring the situation under control.

In Kuttipuram, IUML and Congress workers tried to break the barricade while CM’s convoy passed through the road. 50 has been arrested.

Meanwhile, CM during his inaugural speech, distanced from making any comments on the ongoing protest against him over the allegations in Gold Smuggling Case.