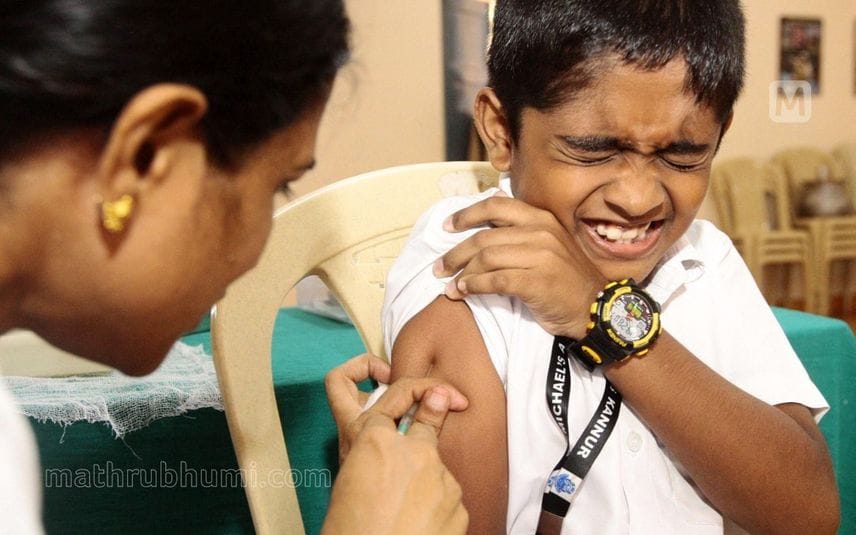 Malappuram: All children in Malappuram district will be administered doses of measles and rubella vaccines by December 5, District Collector V R Premkumar said on Saturday.

In the wake of a rise in measles cases among children in Malappuram district, the Kerala government had on Friday urged parents to ensure that their children are vaccinated without any fail.

Premkumar said the spread of measles can be controlled only through vaccination.

At a district development meeting held here, Premkumar urged all representatives and government officials to engage in implementing preventive measures and warned those who spread fake messages against vaccination of stern action.

Malappuram district authority, in a release, said as part of the preventive measures, use of masks and sanitisers has been made compulsory in schools and Anganwadis.

District Medical Officer K Renuka informed the meeting that a total of 140 measles cases have been reported from the district till now.

The release said that there are 1,16,994 children in the state who are yet to receive the second dose of vaccination in the state.

"There are 776 children who are yet to take the vaccine from Kalpakanjeri region from where the most number of cases have been reported till now," the release said.

The Union Health Ministry on Wednesday had asked states to consider administering an additional dose of measles and rubella vaccines to all children aged nine months to five years in vulnerable areas.

Health Minister Veena George had said that the department was taking stringent measures for prevention of the disease and an Additional Director (public health) has already been sent to the district for coordinating preventive measures.

A virus infection that mainly affects young children, measles is mostly seen among those belonging to the age group between six months to three years. However, the disease affects teenagers and adults as well.

Earlier this week, the Centre deployed high-level teams to Malappuram, Ranchi (Jharkhand), and Ahmedabad (Gujarat) to assess and manage increase in number of measles cases among children in these cities.