Malappuram murder-suicide: Mohammed offered toffee for kids to board vehicle 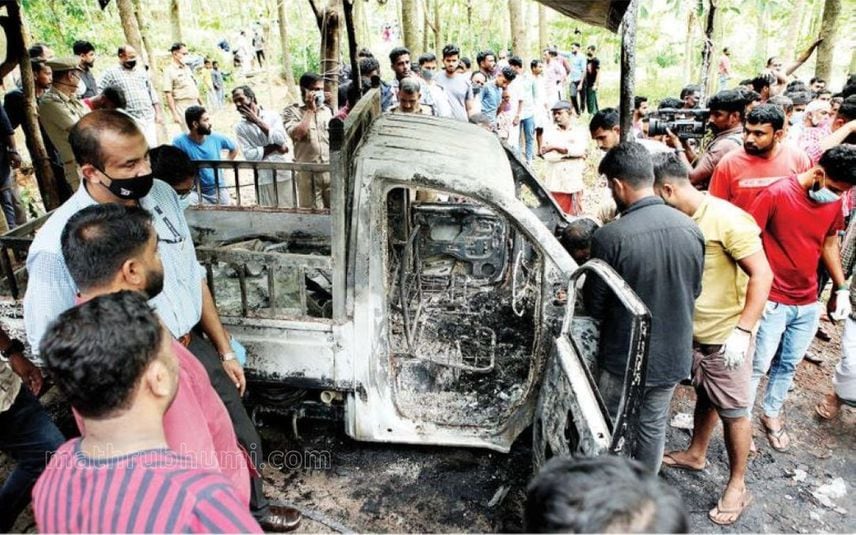 Keezhattur: In a shocking revelation, the details of the horrible act inflicted by Mohammed against his wife and daughter in Perinthalmanna near Malappuram have come out. Muhammed, who killed his wife and daughter by setting his goods vehicle on fire after locking them inside, promised his daughter that he would buy her a toffee if she board the van with him.

Muhammed parked the vehicle almost 30 meters away from the house. His wife Jasmin, who felt suspicious of Muhammed's behaviour, even contacted her sister by phone after getting trapped inside the vehicle. However, her sister rushed to the scene only to witness the van set ablaze by Muhammed. He was also inside the vehicle when it caught fire.

Meantime, Muhammed opened the door and jumped into a nearby well after his body caught fire. His daughter Shifana also escaped but sustained serious burns and was saved by the locals. However, Jasmin and Fathima Safa died on the scene.

3 of a family killed after pick-up truck ...

Did Muhammed use explosives to kill wife ...