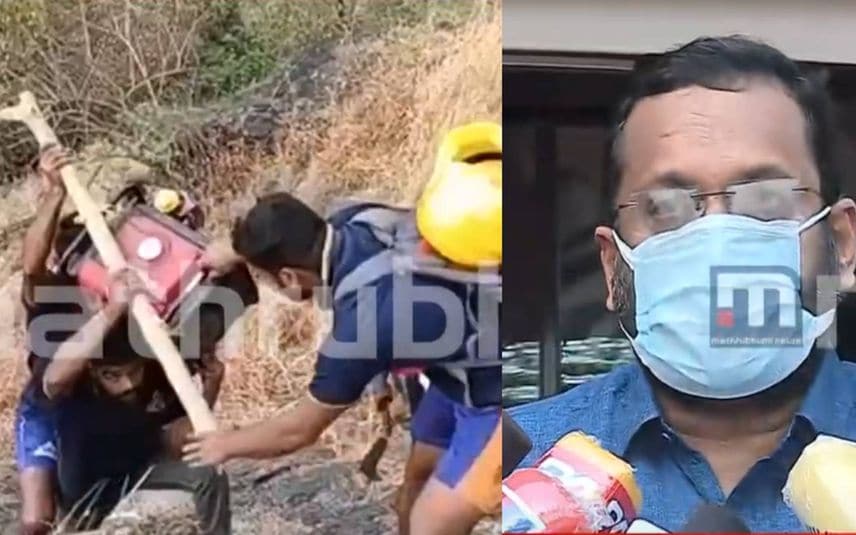 Palakkad: Appreciating the rescue operation to save the youth trapped on Cheradu hills, Revenue Minister K Rajan said that the mission was incomparable.

The rescue mission proceeded under an army team from Bengaluru and another from the Madras regiment. Personnel from the Anti-Terrorist Squad and an entire batch of National Disaster Response Force were also deployed for the mission. The minister said that two army men who had climbed Everest were also part of the rescue operation.

The rescue team tried to reach Babu by moving parallel to him using a rope, added the minister.

The state government had extended its outright support for the mission.

Palakkad woman jumps into well to save nephew, receives appreciation from all corners