“Babu could have been saved on Monday it self, if we had received permission to engage in the operation. At least now, the state government must take an initiative in informing all district administration and public about us and our activities,” said Starmon R Pillai, Assistant Commandant of High-Altitude Rescue Team 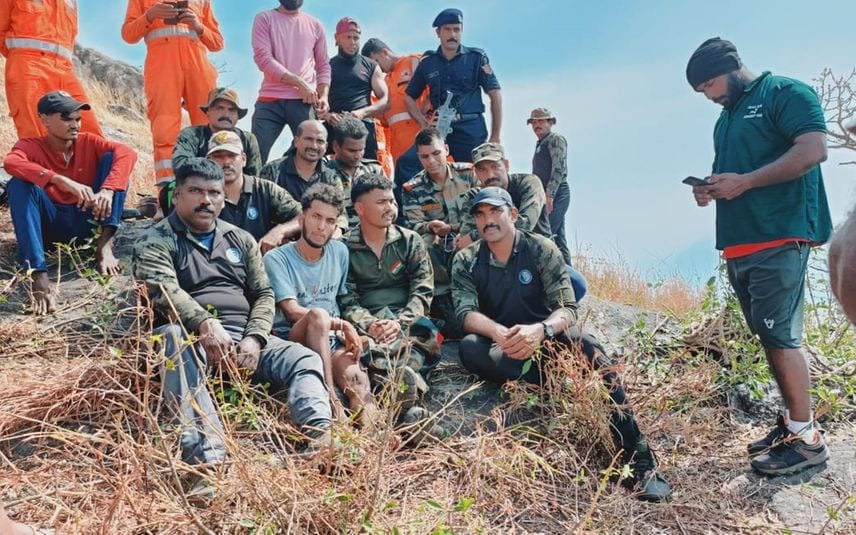 Babu with the team of High-Altitude Rescue Team.

Kochi: The Indian Army has been showered with praises from the nook and corner of the nation for rescuing the 23-year-old trekker from a hill in the Palakkad district of Kerala.

He was rescued after 48 hours from the hills and throughout this period he was fighting for his life without water and food. According to reliable sources, the lackadaisical attitude of the district administration must be blamed for the delay in rescuing him as the concerned officials failed to make use of the easily and immediately available service of a team that is specially trained in such rescue operations.

The High-Altitude Rescue Team of Kerala police is well trained and equipped to face any unforeseen circumstances during such operations. Ironically, they were not permitted to engage in the mission till 8 pm on Tuesday. The mishap happened on Monday morning; had the team been tasked with the rescue, Babu could have been rescued on Monday itself.

It was through media the rescue team came to know about the disaster. Soon after knowing about it, the team took an initiative in calling Palakkad SP and convinced him over the phone of their capabilities. It was then the Palakkad SP, came to know about such a wing in Kerala. The SP spoke to IG and finally, on Tuesday night the team got permission to engage in the mission. 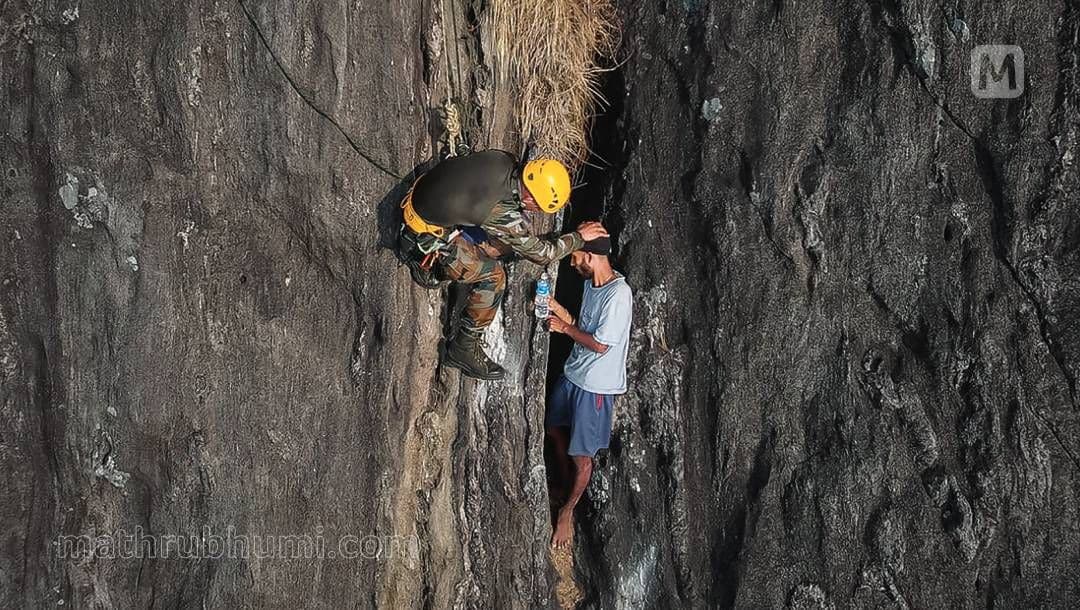 The media reports on the next day appreciated the Indian Army for rescuing Babu through an adventurous operation. However, none noticed the efforts of the team from the High-Altitude Rescue Team.

Babu met with the accident during trekking on Monday morning and soon he informed others about the accident over the phone. The Fire and Rescue Services, Kerala Police and National Disaster Response Force rushed to the spot immediately. Unfortunately, they could not do anything and the district collecter called in the Indian Navy and Coast Guard to rescue him. They had limitations in a terrain like this and the Indian Army was called in on Tuesday. By the time the team of the Indian Army reached the spot, it was Tuesday night.

With the continuing saga of floods and landslides in the state, the Kerala police started ‘High Altitude Training Center’ in Kuttikanam in Idukki in the year 2020 to bring up a team to fight natural disasters. They are well equipped to conduct such rescue operations from high altitudes and also during natural disasters.

“Babu could have been saved on Monday itself if we had received permission to engage in the operation. At least now, the state government must take an initiative in informing all district administration and the public about us and our activities,” said Starmon R Pillai, Assistant Commandant of High-Altitude Rescue Team.

The Pettimudi disaster in August 2020 exposed the limitations of the Fire Force and NDRF in such rescue operations. Following this, the then DGP took an initiative in bringing up trained police personnel to hold such operations. In December 2020, the ‘High Altitude Training Center’ was established in Kuttikanam.

Every batch in the institute will have 30 to 40 members from a battalion to undergo a vigorous training session for a month on steep hills. By now over a thousand police personnel have been trained under the institute to hold such risky operations during natural disasters or accidents. The training is provided by experts in Indo Tibetan Border Police (ITBP).
“Unfavorable climate is risky during such operations. It was the reason why we decided to provide training in Kuttikanam instead of Munnar. Munnar hills have a height of 6,000 to 7,000 feet but in Kuttikanam it is just 3,500 to 4,000. However, the climate in Kuttikanam hills is similar to the climate in very high altitudes. It equipped our team to face any unfavourable situation and now we have a strong team to fight all kinds of natural disasters,” he added.

“I am coming across this for the first time and I have to look into it before giving a statement. As far as I know, the district administration contacted them on time," the Palakkad district police chief R Vishwanadh told Mathrubhumi.com.

The Palakkad district collector was unavailable for comments when contacted.