Majority of migrant labourers opted to stay back in Kerala during lockdown, says study

Most of the migrant workers come from West Bengal, Odisha, Bihar and Uttar Pradesh. But a majority of them are from West Bengal and there are movie theatres in Perumbavoor, the hub of plywood factories of the state, wherein Bengali movies are shown. 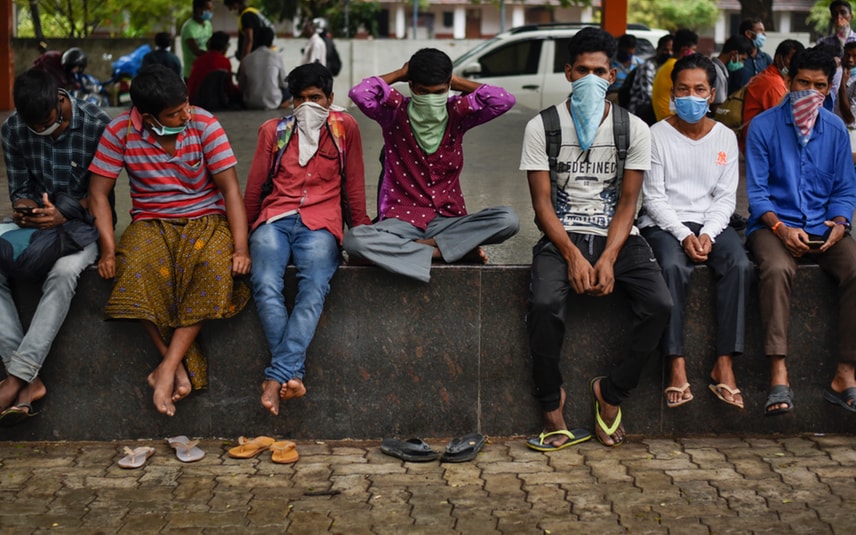 Thiruvananthapuram: Kerala is home to around 38.5 lakh migrant workers who have found shelter and home in the state. There are pockets such as Perumbavoor in Ernakulam district, Kottuli in Kozhikode, Cherthala in Alappuzha and in many parts of the industrial district of Ernakulam where migrant workers are found in large numbers.

Most of the migrant workers come from West Bengal, Odisha, Bihar and Uttar Pradesh. But a majority of them are from West Bengal and there are movie theatres in Perumbavoor, the hub of plywood factories of the state, wherein Bengali movies are shown.

A study conducted by a social organisation, Centre for Policy and Development Studies, has found that except for around 4.5 lakh migrant labourers, the rest stayed back in the state. C. Rajeev, director of the organisation, who led the study said: "A majority of the migrant laborers stayed back in the state mostly owing to the care and attention provided by their employers, several of them providing them home, shelter, food and even money for their medical and other expenses."

Sajith Nambiar, a businessman involved in construction of buildings, who hails from Azhikode in Kannur, told IANS, "I did accommodate my staff who are mostly migrant labourers and provided them everything including food, accommodation and even entertainment by providing them OTT platforms for them to watch movies of their choice so that they stay back. I made it a point that remittances are sent to their homes just like they were before the pandemic."

This attitude of several employers resulted in the migrant labouers opting to stay back. Another factor which helped them stay back was the excellent medical facilities available in the state.

Suhail Mohammed, from Midnapore in West Bengal, who works in a boutique at Thiruvananthapuram told IANS: "The medical facilities are excellent in this state and we were of the opinion that even if we contract the disease, we could be cured here rather than from our home place".

He adds "My owner also took care to pay my monthly salary even though we were not working. We were provided with stay as also all provisions and we were even given medical facilities. We are quite happy and we went home last month by air to see our near and dear ones and are now back. Our transport expenses were also met by the lady who runs the boutique".

A good percentage of migrant workers are staying with families in the state and both husband and wife are working as also their close relatives in a same workplace. This makes them all the more comfortable in the state. Moreover, children of most of them are studying in schools here and with the state government conducting online classes, most of the children got engaged here and hence most opted to stay back.

Rajeev says: "People tend to stay back if they are in their comfort zone and most of the employers saw to it that their employees are getting all the facilities and comforts. So,they opted to stay back".

It may be recalled that Payal Kumari, daughter of a migrant worker, Pramod Kumar from Gosamadhi Village of Sheikhapur in Bihar had won the first rank in BA (Archaeology and History) of Kerala university in the final year exams held in March 2020.

Pramod Kumar had reached the state 17 years ago and settled in Ernakulam with wife Bindu Devi and daughters Payal Kumari and Pallavi Kumari.