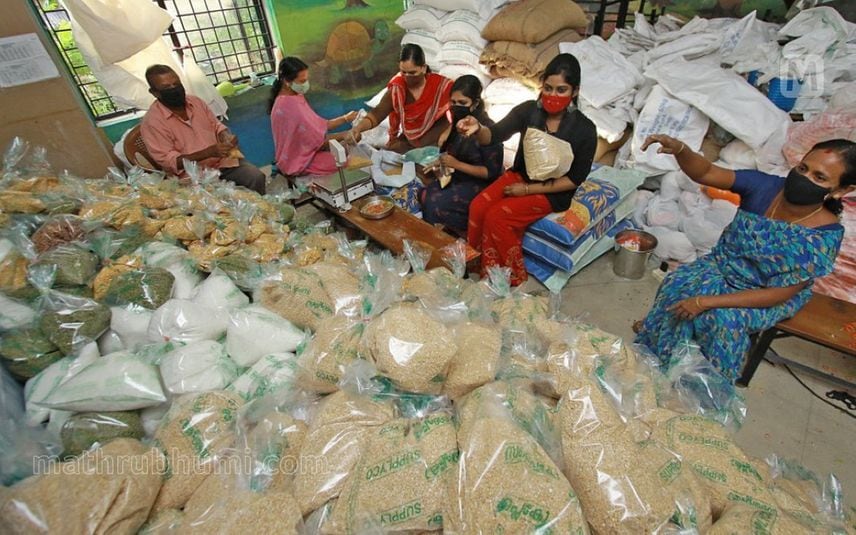 Elathur: The distribution of free Onam kits has been hit by several lapses this year.

The kits have not arrived in many regions of the district. Though the ration shops remained open on Sunday, many of the cardholders returned without Onam kit. This scenario was reported mostly in the ration shops in Vadakara taluk.

Kerala State Civil Supplies Corporation Limited is responsible for packing and delivering items via the Maveli store. The kit includes 13 items ranging from salt to brown rice. Enough kits could not be arranged due to scarcity of chilli powder, turmeric powder, salt, cardamom and cloth bags, officials had informed. Even though it has been a week since kit distribution started, many cardholders are yet to receive.

In the initial phase, kits were distributed among the yellow and pink cardholders on August 25, 26, and 27. The blue and white cardholders received food kits only in the second phase on September 1, 2, and 3. By this, the food kits ran out in most of the ration stores.

Supplyco informed that the problem in the Onam kit distribution has been solved temporarily. Meanwhile, ration shop owners said that they are being blamed for the shortcomings on Supplyco’s part.