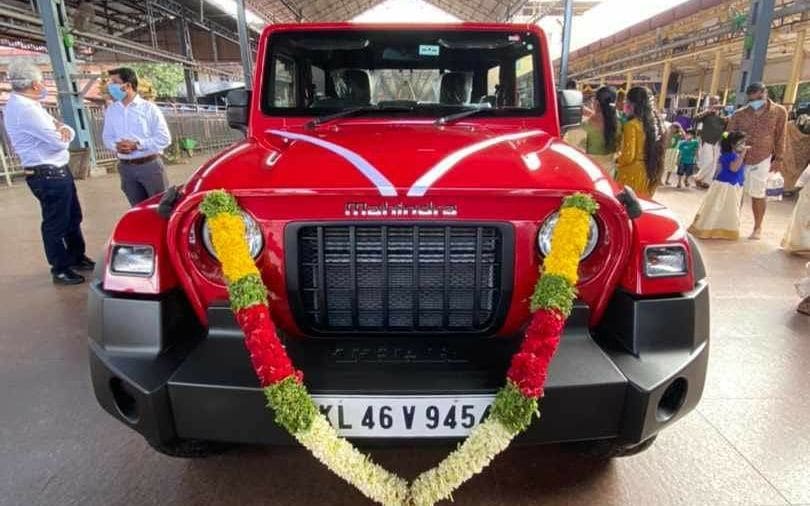 Kochi: The Hindu Seva Kendra in Kochi has filed a petition in the High Court demanding revocation of the auction of Mahindra Group gifted brand new SUV limited edition of Thar - a 4-wheel drive which was presented as gift to Guruvayur Sree Krishna temple in Thrissur.

The HC directed to inform details regarding procedures of auction and price of the vehicle. A division bench, including Justice Anil Narendran and Justice PG Ajith Kumar, will consider the petition again on February 22. The auction base price was fixed at Rs 15 lakh and the only bidder was Subhash Panicker who grabbed it at Rs 15.10 lakhs.

However, the petition alleged that the vehicle was originally bought by a Kochi native Amal Mohammed Ali and Subhash was only an agent of him. It also pointed out that the vehicle worth Rs 15.90 lakhs had been auctioned for a cost less than the market price.

According to the rules of Guruvayur Devaswom, advance approval of the Devaswom Commissioner is required for auctioning articles with a value of above Rs 5000. The petition noted that rules were not followed in the auction.

Special wedding registration counter to be set up in Guruvayur temple

Idukki: An eight-year-old girl drowned in a pond at Vandanmedu here on Saturday. The minor girl is named as a victim in a POCSO case.According to reports, ..

New Delhi: Union Minister of State for External Affairs, V Muraleedharan will pay his first official visit to Qatar from May 8-10 during which he will ..

Pathanamthitta: A man who is named as an accused in several criminal cases was found dead under mysterious circumstances in a waterlogged area at Pandalam ..

Kochi: In the wake of allegations that actor Vijay Babu who was booked in sexual assault case was also involved in alluring and misusing aspiring women ..