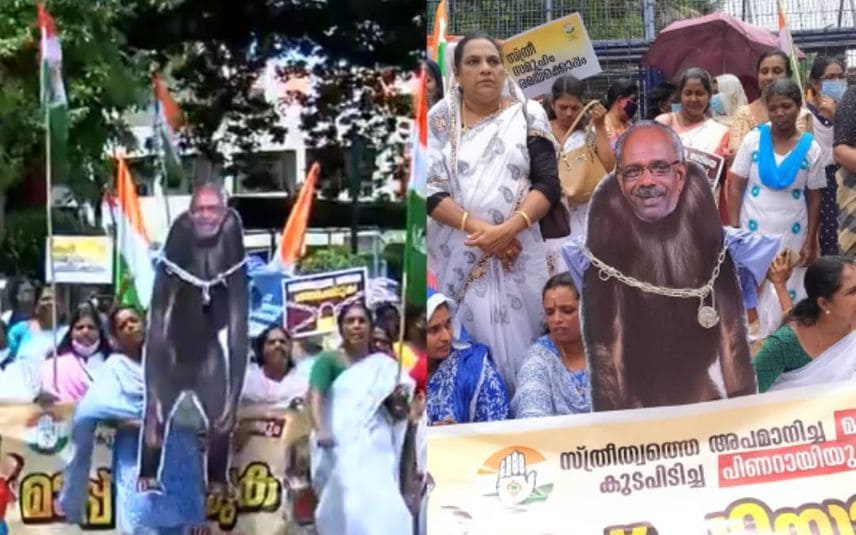 Thiruvananthapuram: Mahila Congress staged a protest march against former minister MM Mani over his controversial remarks on MLA KK Rema. Congress activists marched to the Kerala Legislative Assembly here on Monday by holding an effigy which portrayed MM Mani as a chimpanzee. Later, the protesters managed to hide the effigy after realising that it sparked controversy.

Mahila Congress workers raised slogans against MM Mani during the protest march. It has been alleged that the opposition leader VD Satheesan, who was about to inaugurate the march backed off when the effigy triggered a row.

The march was organised against MM Mani’s controversial statement on KK Rema in the assembly. Mahila Congress Thiruvananthapuram district committee organised the demonstration.

If anyone can't bear criticism, it is better they stay away from Assembly: MM Mani