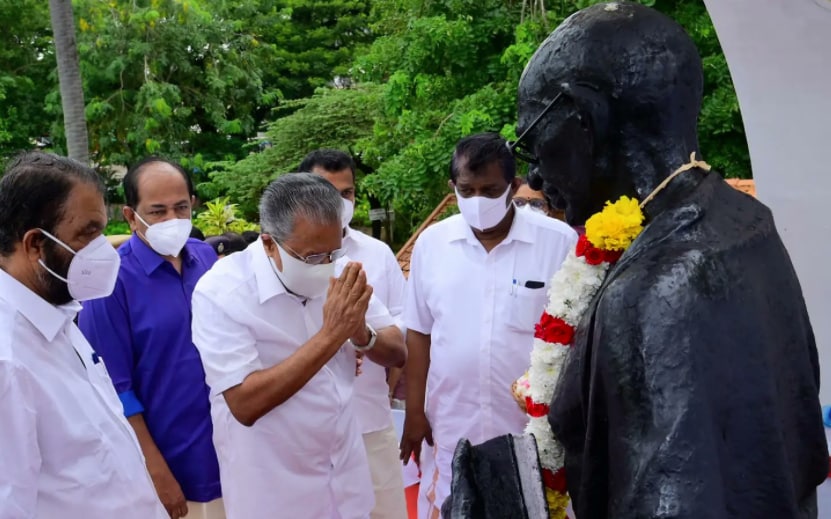 Thiruvananthapuram: Kerala chief Minister Pinarayi Vijayan on Saturday paid tributes to Mahatma Gandhi on his 152nd birth anniversary, saying we need to make sure that the communal forces do not demolish his vision of India where everyone is treated equally.

Vijayan paid tributes and garlanded the Gandhi statue inside the Gandhi park at East Fort in the capital city.

"Mahatma Gandhi envisioned India to be a true democracy where everyone is treated equally irrespective of his religion, caste and creed. Today, let's stand together to fulfill his dream and make sure that communal forces can't demolish our legacy. Hearty #GandhiJayanthi wishes," Vijayan tweeted.

Later, in a Facebook post, Vijayan said a fascist nationalism, based on violent communalism is being presented as the real nationalism

"A fascist nationalism, which focuses on violent communalism that divides people, is being presented as real nationalism these days. There are situations where people are attacked in the name of religion and caste. There are attempts to undermine democratic values and it's the responsibility of every democratic believer to stop these attempts," Vijayan said.

Vijayan said, on the occasion of the birthday of Mahatma Gandhi, we need to fulfill our responsibility to uphold the welfare peace in the country and realise his dream. PTI