Despite having 50 cases registered against him, why is Kamaruddin escaping the police? He questioned. 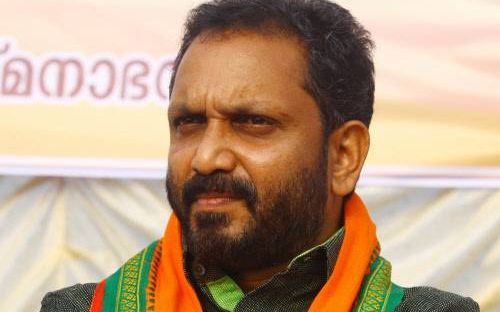 Kasaragod: BJP state president K. Surendran alleged that M. C. Kamaruddin MLA has received an assurance from the state government that he would not be arrested despite being involved in a cheating case. This is why the MLA is moving freely, the BJP leader added.

K Surendran was speaking to media after inaugurating a protest organised seeking the resignation of M. C. Kamaruddin MLA here on Tuesday.

“Kamaruddin is moving freely without fear. Even the LDF MLAs are attending public events with him. The MLA is also appearing in public events attended by ministers,” said Surendran.

“M. C. Kamaruddin did not seek anticipatory bail even though a case was registered against him. Even after around 50 people have filed a cheating case against him, Kamaruddin is active in politics. This is because Kamaruddin received an assurance from the state government that he would not be arrested. That is the truth,” alleged Surendran.

Surendran questioned if any other accused in a cheating case can roam around like M. C. Kamaruddin. “When the media asked him about the issue on Monday, the Chief Minister responded that a large scam has taken place and that an investigation will be held,” said Surendran.

Despite having 50 cases registered against him, why is Kamaruddin escaping from the police? he questioned.