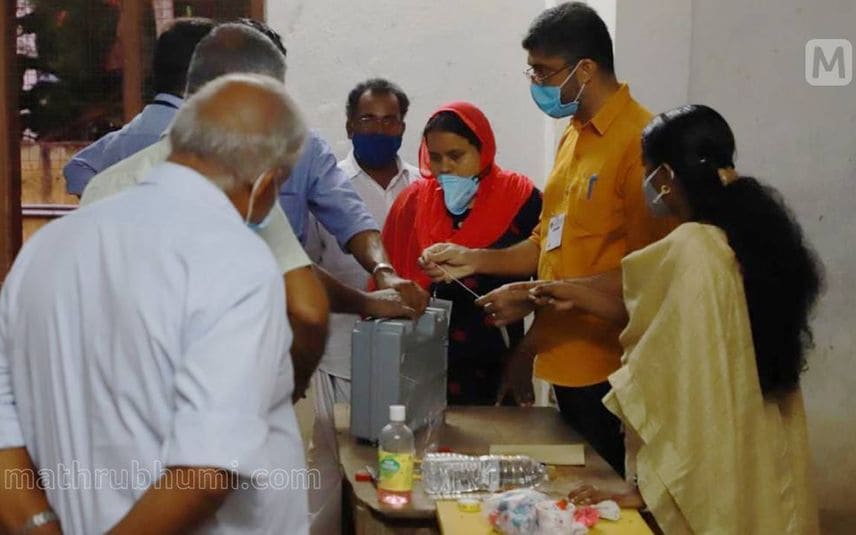 Thiruvananthapuram: Kerala reported 75 percent polling in the first phase of elections to the local bodies in five districts on Tuesday.

Amid fears in many quarters about the impact of Covid on voting percentage, large turnout was seen in almost all booths. Polling for panchayats, municipalities and corporations was brisk and large queues were seen across the five districts. Technical glitches to voting machines disrupted polling in several areas.

People who are COVID-19 positive and those undergoing quarantine also exercised their franchise from 5 pm.

Latvian woman rape and murder: Court to pronounce quantum of sentence for ...