Low-lying areas in TVM waterlogged due to heavy rain 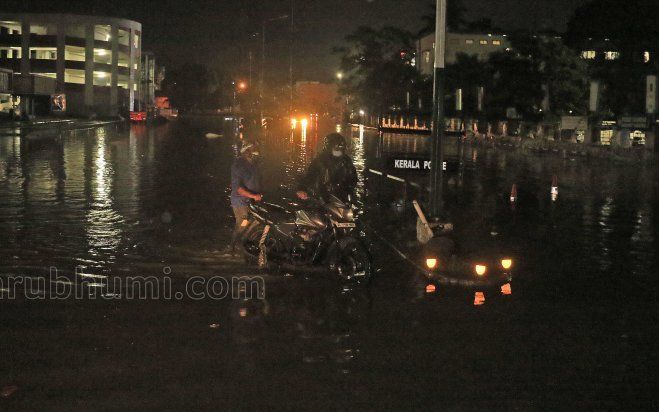 Waterlogging in Thampanoor after heavy rain in the city | Photo: Sreekesh S | Mathrubhumi

Thiruvananthapuram: Severe waterlogging was seen in Thiruvananthapuram city following the heavy rain that continued since Tuesday evening. All low-lying areas in the city were submerged in water.

Thampanoor, Vanchiyoor, Oottukuzhy and Jagathi were waterlogged. Water rose to the level of ticket counter in Thampanoor railway station. The rain started on Tuesday at 5 pm and continued till late night. Many people were unable to go home as the city was waterlogged.

A police jeep also was submerged in water in Thampanoor. The police officers pushed the vehicle to get it out from the water puddle. Vehicles of food delivery boys were also trapped in the overflowing waters. Later, fireforce came to help them.

Murinjapalam canal and Amayizhanjan canal overflowed and the houses and roads on the premises were waterlogged. Though lightning accompanied rainfall, no damages were reported, the fire force personnel informed.