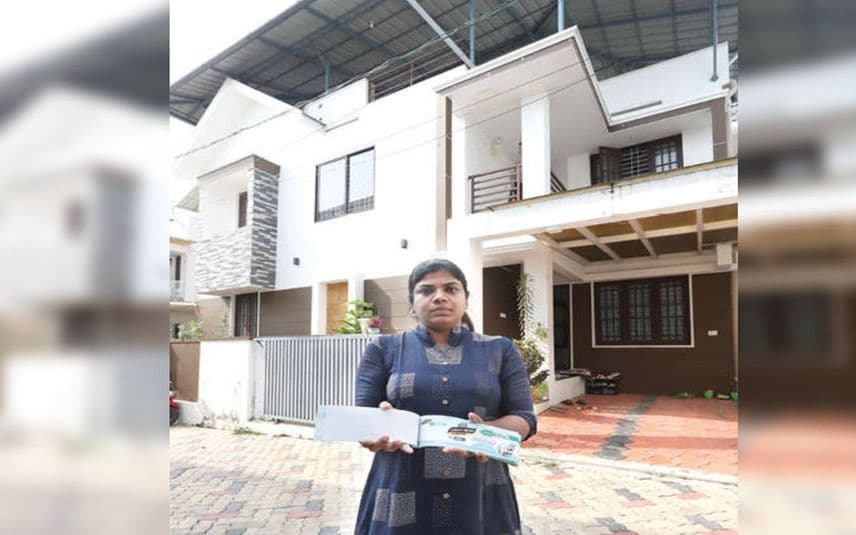 Thiruvananthapuram: Kerala Lottery Department hindered the plan of a family to sell house through a lucky draw in order to escape from the debt trap. The joint director of the lottery department directed the Vattiyoorkavu police that it is illegal to sell coupons and to hand over a private property through lucky draw. However, the department did not lodge a formal complaint at the police station.

Vattiyoorkavu police visited the house of Ajo and Anna and collected details. The family had decided to sell the house as they could not pay back the housing loan taken from the Jagathy branch of Kerala Bank. They were urged to sell the house following the pressure from the bank officials. But all those who approached to buy the house suggested an amount lower than the market price.

The proposal to sell coupons worth Rs 2000 and to distribute the house to the lucky draw winner has been taken with the support of many, including the priest of Christurajapuram in Monnamoodu. Ajo, who was an accountant, had lost his job following an accident that claimed his eyesight. Anna also was deprived of job due to the pandemic. She was an engineer in Hong Kong.

Only the lottery department can conduct lucky draws and the rules to conduct chits will not be applicable in the disbursal of house, said the joint director Surendran.

The couple had printed 3700 coupons, each worth Rs 2000 and almost a hundred coupons were already sold out. Out of the total amount obtained by selling coupon, Rs 18 lakh has to be paid as gift tax for the government. It has been decided to give away the house at Christurajapuram hall on October 17.