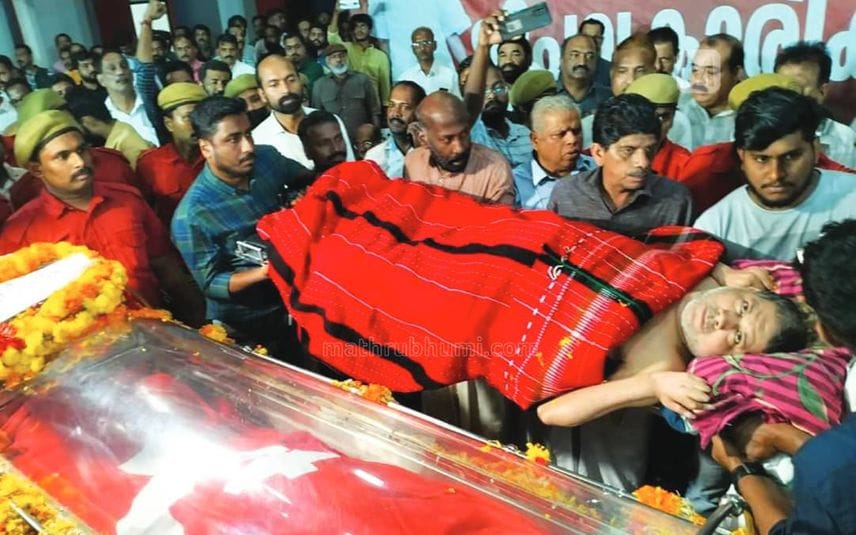 Kannur: Pushpan, the living martyr of the Koothuparamba firing arrived at Thalassery town hall to have a last look at CPM veteran leader Kodiyeri Balakrishnan. The public homage ceremony witnessed emotional moments when the bedridden Pushpan was taken to the town hall.

Holding tears, CPM activists raised slogans when Pushpan paid homage to Kodiyeri. Thousands of people arrived to pay homage to the former CPM secretary who succumbed to cancer while undergoing treatment in Chennai.

His funeral will be held at Payyambalam on Monday evening at 3 pm.