Leader of Opposition Ramesh Chennithala told the media in Kottayam that this Life programme of the Pinarayi Vijayan government is nothing but a political gimmick. Newly appointed State BJP president K. Surendran termed this as the biggest bluff from Pinarayi Vijayan. 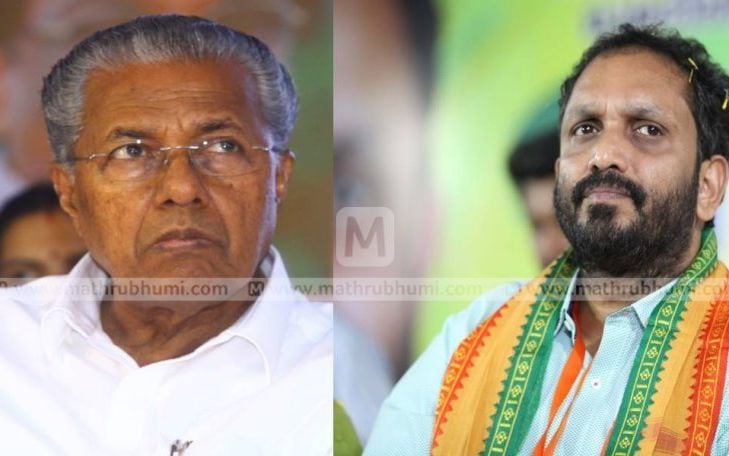 Thiruvananthapuram: Both the Congress-led UDF and the BJP, the principal opposition parties in Kerala, on Saturday termed the grandiose programme Life Mission of Kerala Chief Minister Pinarayi Vijayan as a bluff and a political gimmick.

On Saturday morning as part of the announcement of completing over two lakh houses under the Life Mission, the Chief Minister handed over the keys of two homes in the capital city to the beneficiaries.

Leader of Opposition Ramesh Chennithala told the media in Kottayam that this Life programme of the Pinarayi Vijayan government is nothing but a political gimmick.

"During our tenure we built four lakh homes. Of the two lakh homes as claimed by Pinarayi Vijayan, 90 per cent of the construction of 52,000 homes was over when we demitted office in 2016 and including them in the two lakh and claiming it as the Left's project is nothing but a political gimmick," said Chennithala.

The cost of building each house is Rs four lakh.

"Pinarayi Vijayan government claims spending Rs 6,521 crores under this programme. But what needs to be understood is 20 per cent of the funds for this have been diverted from the local bodies allocation, then there is a HUDCO loan component besides central funds and also the state government's contribution, yet Pinarayi Vijayan claims this is 'his' project, which is false," added Chennithala.

"The truth is the state government has given just 10 per cent, while the Centre has given Rs 1.5 lakh each for every home and Pinarayi Vijayan claims it's his project. This is nothing but a sort of black magic of Pinarayi Vijayan," said Surendran.

But irrespective of the political wrangling, Chandran who got the keys to his dream home from Pinarayi Vijayan, expressed happiness while his wife said " we never thought we would be able to live in our own home."

Congress and BJP workers staged a protest in front of the Thiruvananthapuram Corporation against the way this scheme was implemented by the Pinarayi Vijayan government, as they alleged that the selection of the beneficiaries was flawed.