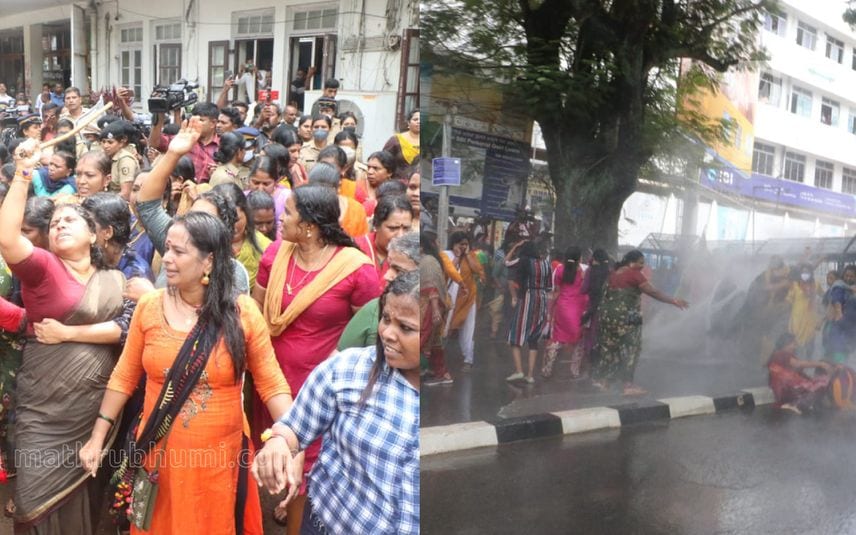 A conflict-like situation erupted when some activists climbed on the barricades.

The police had made arrangements to quell the protests if the situation escalates. The protestors demanding mayor Arya Rajendran’s resignation raised slogans against her and some tried to overturn the barricades by climbing over it. Following this, police resorted to the use of water cannons.

Thiruvananthapuram Corporation and premises have been witnessing protests ever since media reports on letter suggesting favouritism towards CPM workers emerged.