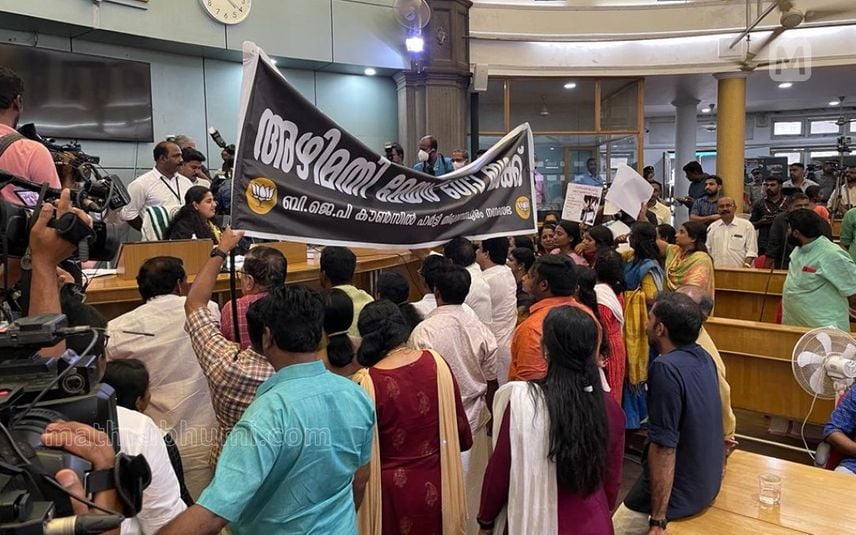 Thiruvananthapuram: The special council meeting summoned by mayor Arya Rajendran in Thiruvananthapuram corporation ended up in a ruckus after the opposition members staged a protest over the letter controversy. The special meeting was summoned to discuss the controversy over the letter allegedly written by the mayor seeking a list of CPM members for the appointments in the vacant posts in the corporation.

The opposition members staged a protest in the council hall by raising ‘Mayor Go back’ slogans and waving black flags. The opposition asked the mayor to resign from the post and face the probe.

The protest turned into a conflict after the LDF councillors came forward in support of the mayor. LDF women councillors also raised a protest against the opposition.

BJP as well as UDF demanded that the mayor should not chair the meeting. Earlier, both parties forwarded a letter demanding to conduct the special meeting by avoiding the mayor. But LDF didn’t approve this demand.