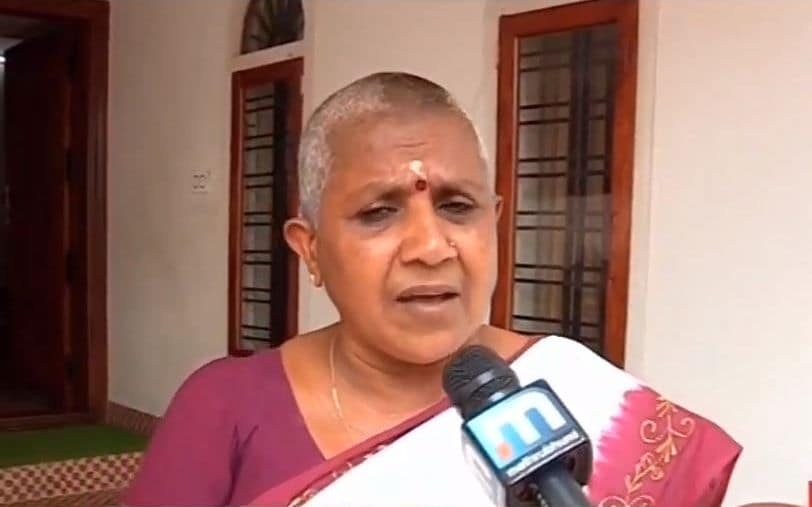 Ettumanoor: Former Congress leader and an Independent candidate from Ettumanoor, Lathika Subash, said she welcomes Rahul Gandhi’s remark of having a woman chief minister in Kerala. Lathika was responding to Mathrubhumi News during her campaigning activities in Ettumanoor here on Thursday.

The AICC had directed that women must be given prominence but the leaders in Kerala were unable to fulfil that. I pray that their eyes atleast open now. After my strong protest, 3 women were given candidature from different political parties, she said.

Lathika said that social welfare and development would be her focus areas in Ettumanoor and is confident of her 32 years of public life would help her.

56-year-old Lathika who headed the Mahila Congress in Kerala resigned from the party over being denied seat to contest the polls and proceeded to tonsure her head as a form of protest. Her protest was against the state leadership. She later announced that she would contest from Ettumanoor as an Independent.

Uncounted ballots go missing in Perinthalmanna ahead of HC hearing, recovered from another office