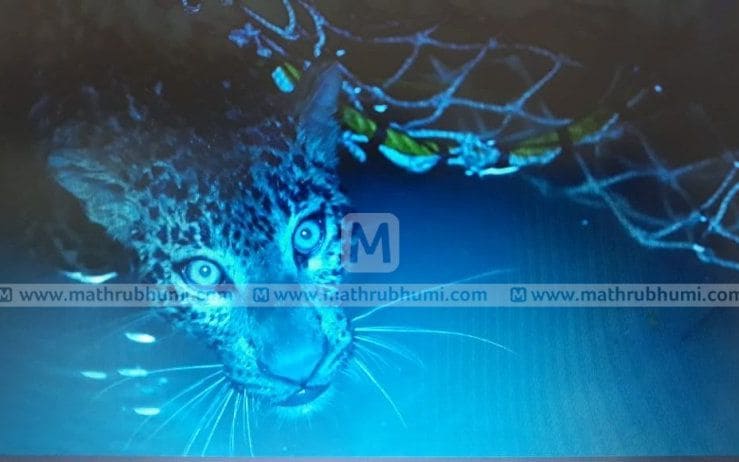 Wayanad: A leopard that fell into a well here on Friday was rescued after hours of effort. The leopard was taken out alive. It fell into the well in Vythiri Vattavayal native Gopi's house on Thursday night.

The family spotted the leopard after hearing sound from the well. Fire force personnel, forest guards and local residents lifted the leopard from the deep well using net. The leopard was given a shot of tranquiliser before taking it out.

A large crowd was present at the area to watch the leopard being rescued. The forest officials said that the leopard has not sustained any injuries from the fall and that it will later be released in the forest.

Leopard cubs found inside a locked house in Palakkad