Legislature has right to decide who should be chancellor of university: Minister P Rajeev 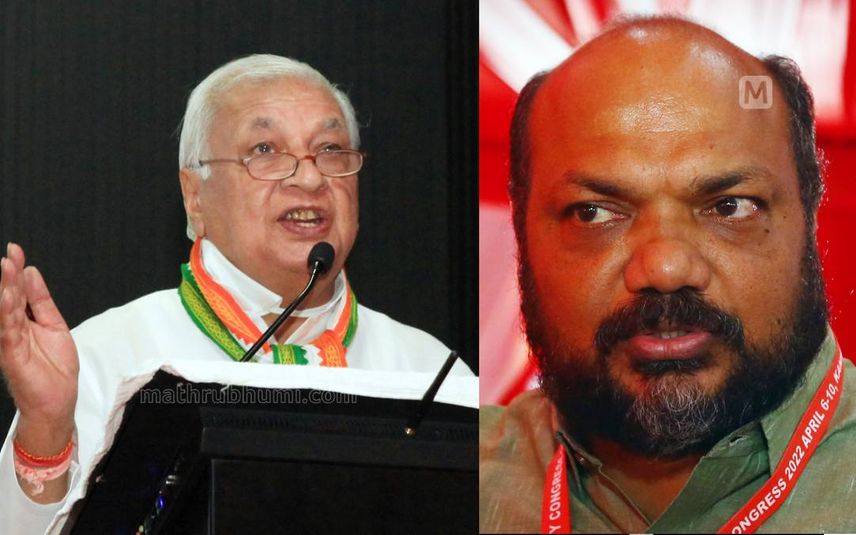 Kochi: Days after Kerala Governor Arif Mohammed Khan was removed from the post of the chancellor of Kalamandalam deemed university, State Law Minister P Rajeev on Sunday said that the legislature has the right to decide who should be the chancellor of the university.

The tussle between Kerala Governor and Chief Minister Pinarayi Vijayan over an ordinance for the removal of the Governor from the post of chancellor of the universities is going on for a long.

"Communication between the governor and the government should not be done through the media. They are constitutional mechanisms. A council of ministers prepares the ordinance. Based on that, the government expects the Governor, who is constitutionally responsible, to carry out the responsibility. The incorporation of Universities is the authority of the State. The UGC regulations do not mention who the Chancellor is," said the Kerala Law Minister.

Rajeev further said that the appointment of chancellors and the formation of universities are entirely within the purview of the state.

"Actually, it is not about removing someone. It is about who needs to be in that position. The legislature has the right to decide who should be the chancellor of the university. If the executive feels that there is an emergency in the event that the legislature is not in session, an ordinance can be promulgated. This is not against anyone. This is to determine who should be in the Chancellor's post. There should be changes in the field of higher education. Reforms have been started for it. The executive felt that a part of it was urgently needed. That is why the ordinance was introduced," he said.

He said that Kalamandalam will have a new chancellor soon.

"Kalamandalam is deemed-to-be university. Its speciality is that the sponsoring entity can decide the Chancellor. This decision was taken in accordance with existing law. Kalamandalam will have a new chancellor soon," the minister added.

Earlier on Thursday, the Kerala Government amended the rules and regulations of Kerala Kalamandalam deemed university to remove the Governor as its chancellor, a position which would now be filled with an eminent person from the field of art and culture.

The development comes amid the ongoing tussle with Khan and the Left Democratic Front (LDF) government in the state over the functioning of universities, including the appointment of vice-chancellors.

The Kerala government has amended the rules and regulations of Kerala Kalamandalam deemed to be a university in accordance with clause of 10.12.9 of UGC regulations 2019.

As per the new amendment, a chancellor is an eminent person in the field of art and culture appointed by the sponsoring body.

As per the rules, the Kerala government is the sponsoring body of Kerala Kalamandalam deemed to be a university.

Meanwhile, the Kerala government has also sent an ordinance to Rajbhavan for the removal of the state governor Arif Mohammed Khan from the post of chancellor of the state universities.

Kerala Raj Bhavan on Saturday confirmed that it received the ordinance to remove the Governor from the post of chancellor in various universities.

The Kerala cabinet on Wednesday decided to bring in an ordinance to remove governor Arif Mohammed Khan from the post of chancellor.

The state cabinet is planning to bring in an expert in place of the chancellor.

The cabinet's decision came after Governor sought the resignations of vice-chancellors of all nine universities in the state.