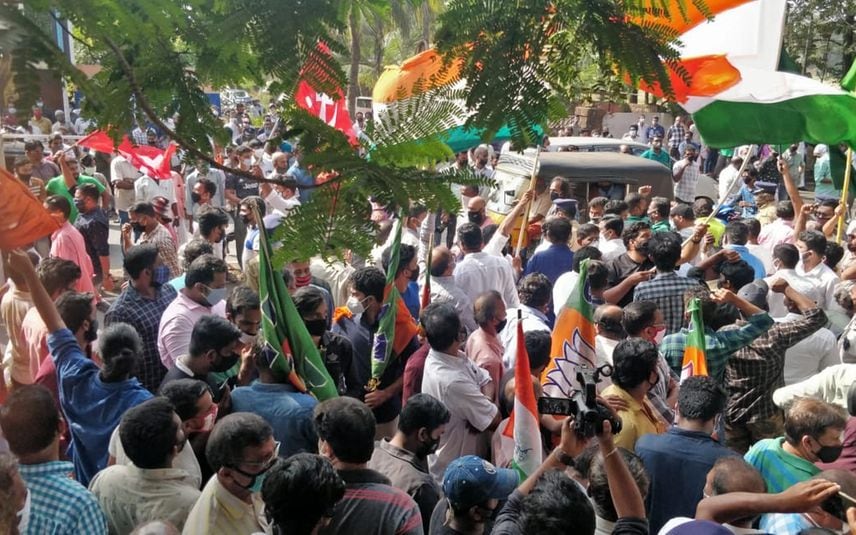 Thiruvananthapuram: LDF lost two seats it held earlier in the local self-governing bodies to Congress and an independent candidate. BJP also lost a seat to Congress.