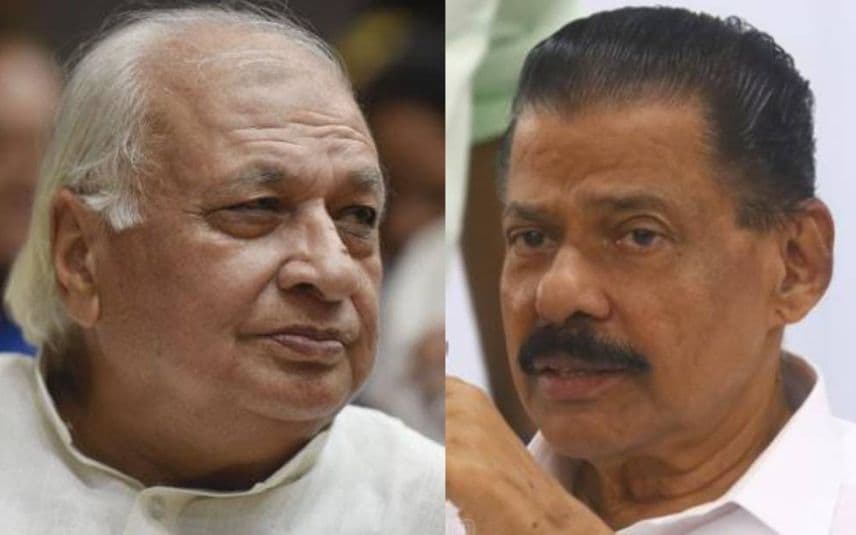 Thiruvananthapuram: The ruling Left Democratic Front (LDF) of Kerala has decided to conduct a protest march against Governor Arif Mohammed Khan on November 15 for his alleged interference in the affairs of the universities of the state as the Chancellor.

Khan has cancelled the appointment of 15 senate members of the Kerala University, which was not taken lightly by the LDF. The CPI-M leaders, including the Chief Minister Pinarayi Vijayan came out strongly against the Governor.

Arif Mohammed Khan has been involved in a series of confrontations against the Kerala government after an initial bonhomie with Chief Minister Pinarayi Vijayan.

The CPI-M leader said that the Governor has been misusing the post of Chancellor and said that Arif Mohammed Khan has been trying to disrupt the self-governance of the universities.

The CPI-M state secretary alleged that the Kerala Governor had openly said that he was an RSS sympathiser.

The CPI state secretary Kanam Rajendran said that the agitation would be a mass uprising against the Kerala Governor, and this would have huge participation which would be historic.

The agitation against the Governor will be conducted at all district headquarters across the state.

The CPI-M leader, M.V. Govindan shied away from repeated questions regarding the allegations made by the gold smuggling case accused, Swapna Suresh against senior CPI-M leaders over making lewd comments against her.

Swapna had alleged that senior CPI-M leaders and former ministers, Dr. Thomas Issac and Kadakampalli Surendran, had made sexual comments against her. She also alleged that former Kerala Assembly Speaker, P. Sreeramakrishnan had also tried sexual advances against her.

When asked about this, Govindan said, "This is a deliberate move of the media to divert the LDF's proposed agitation against the state Governor. There is no need to immediately respond to all allegations."

Kerala to prioritise 10 development projects in annual plan worth Rs 38,629 ...