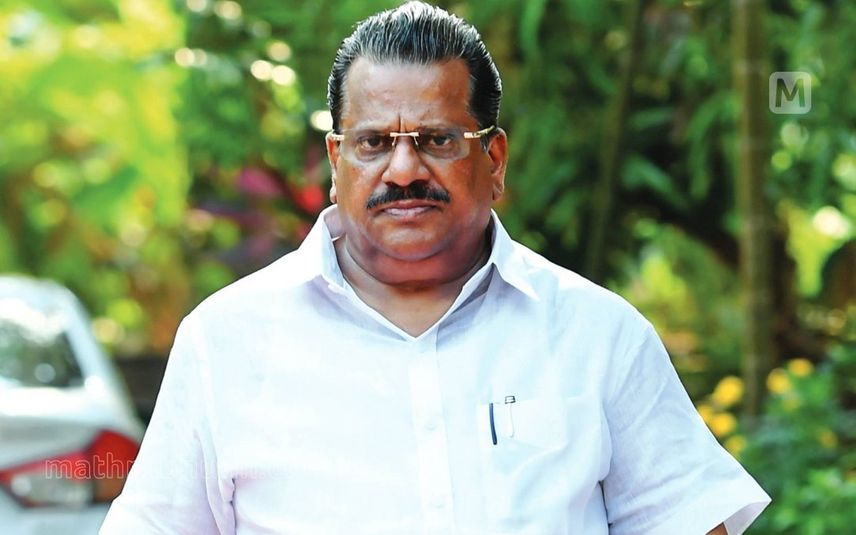 Kannur: Amid the ongoing tussle between Kerala Governor Arif Mohammad Khan and Chief Minister Pinarayi Vijayan, Left Democratic Front convener EP Jayarajan on Saturday questioned the governor's stand and said the post should be removed from the state immediately.

His remarks came while addressing the media in Kannur.

Jayarajan alleged that the governor of Kerala is in a post that has nothing special and one can say anything.

"Kerala Governor is contaminating the democratic sense and cultural sense of Kerala for someone and according to someone's interests. He is raising the incidents which happened months ago. The post of the governor should be removed from the state," said Jayarajan.

Earlier, Kerala Governor Arif Mohammad Khan said that all the appointments in the universities will be made on the basis of merit and he will not give the authority to appoint vice-chancellors to the state government as it amounts to "executive interference".

"Everything will be considered on merit. The government cannot be given the power to appoint Vice Chancellors. I am saying it clearly, this will amount to executive interference," said Khan said on the matter of the University Laws Amendment Bill.

"The Chief Minister (Pinarayi Vijayan) had written to me assuring me that there will be no interference and now they are proposing that they will appoint Vice-Chancellor. That would mean the erosion of autonomy of educational institutions," the Governor added mentioning that as long as he remains in power, he won't let universities' autonomy erode.

"As long as I am here, I won't allow the erosion of the autonomy of universities," he said.He also mentioned that "underqualified and unqualified people" cannot be appointed just because they are associated with the CM.

"Underqualified and unqualified people, because they belong to the personal staff of the Chief Minister, cannot be allowed to be appointed...The institutions belong to Kerala, not to the ones dressed in little brief authority," he added.

The University Laws Amendment Bill, which aims to curtail the power of the Governor in the selection of vice-chancellors, was passed by the Kerala government this month. Since then, the bill has been pending before the Governor.

Khan further alleged that the office of the Governor was being denigrated and demeaned and said that every trick was used to pressure him and threaten him with an attempt on his life.

"When they tried to make a physical attack on me at Kannur, this was a conspiracy. And the Vice Chancellor of Kannur University was used to ensure that I was present there, so that they could attack me," he said.

'If some higher authority prevents the police from taking legal action was it an act of favouritism? Or that person was part of a conspiracy?" Khan added.He further said that he was happy as the CM has come out openly now.

"I am so happy that Chief Minister has come out openly. He has given the statement. I welcome his statement. Because now at least he is not trying to play the game from behind the curtain," he added.

"I have been writing to him for the last three years repeatedly. It is the constitutional duty to brief me regularly. He never paid any attention. I write letters to him, but he doesn't reply. I called him and he didn't call back. I will produce all the documentary evidence as I have definite information," the Kerala Governor said.

Earlier on August 30 as well, the Kerala Governor had said that his decisions on key legislations will be based purely on constitutional merit and not dictated by any pressure.

Speaking to mediapersons, Governor Khan said, "Whatever decision I take shall be dictated by the requirements, rather the obligations, which I have on me and that is to decide every issue on the basis of constitutionality, law and its spirit."

On the appointment of Chief Minister's Private Secretary KK Ragesh's wife Priya Varghese as an associate professor at Kannur university, Khan had promised to order a full-fledged investigation into the allegations of nepotism in appointments made to various posts in Universities in the state.

The controversy pertains to the matter in which the Governor stayed the appointment of Priya Varghese, wife of chief minister Pinarayi Vijayan's Private Secretary and CPI (M) leader KK Ragesh, as an Associate Professor in Kannur University's Malayalam department.

Earlier in 2021, a letter from Kerala Higher Education Minister R Bindu was out which recommended the reappointment of Gopinath Ravindran (former VC of the university) as its Vice-Chancellor. (ANI)