Sindhumol Jacob was elected to Uzhavoor panchayat in 2010 and 2015. Currently, she is Uzhavoor block panchayat vice president and Meenachil Taluk Library Council member. 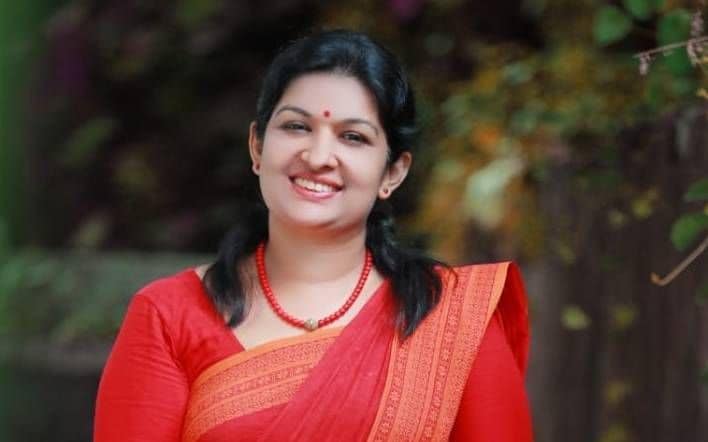 Meanwhile, Sindhumol responded on the issue that she was selected as candidate with the knowledge of CPM leadership. Protests against my candidature is natural, but I will contest the polls in two leaves symbol, she said.

Amid this, clashes erupted in Kerala Congress (M) regarding candidate selection in Piravom. In protest over the issue, Piravom municipal councillor and state vice president of Youth Front (M) Jils Periappuram quit the party. He was considered to Piravom seat earlier. After quitting the party, Jils raised harsh criticism against Kerala Congress (M).

Sindhumol Jacob was declared as candidate the other day. She was selected on the basis of community equations. She is daughter of Olikkal Jacob John, a CPI representative in Palakkuzha panchayat, and Chinnamma John.

She entered politics through AISF when she was studying in Muvvattupuzha Nirmala College. Later, she completed BHMS from Kurichi Homeo College and started private practice. She reached Uzhavoor after marrying Jayce P Chemmanad.

In 2005, Sindhumol Jacob became panchayat president by contesting the polls as Left Independent candidate. Later, she was ousted from the post through a no-confidence motion passed by Kerala Congress (M) in 2009.

Sindhumol Jacob was elected to Uzhavoor panchayat in 2010 and 2015. Currently, she is Uzhavoor block panchayat vice president and Meenachil Taluk Library Council member.