Several areas on the Mysuru-Muthanga road were waterlogged and traffic was disrupted. With this, Wayanad district collector directed people to avoid travelling on this route. 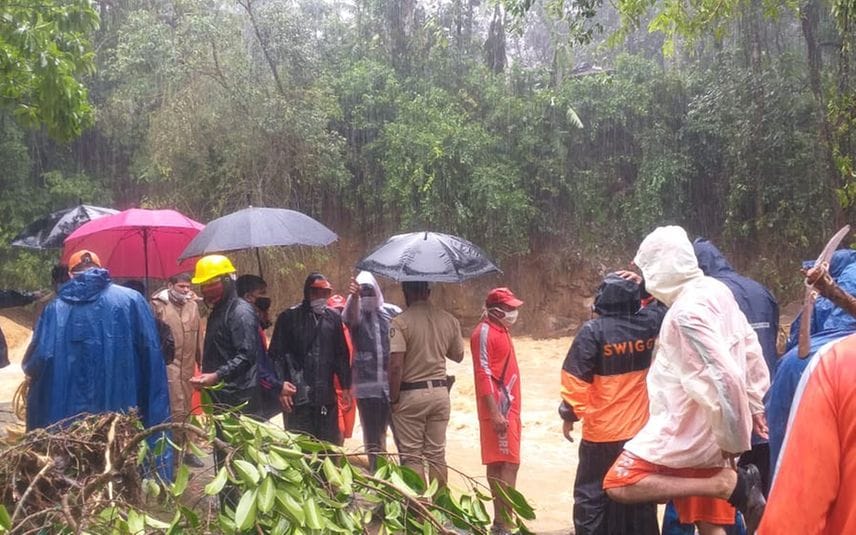 Meppadi (Wayanad): A landslide occurred at Mundakkai area in ward 11 of Meppadi here. The incident happened near Punchirimattam tribal colony on Friday by 6 in the morning. Though no people were harmed, two houses were damaged.

An iron bridge near Mundakkai LP School was washed away in the mud slip. With this, 21 people of 6 families have been trapped in the place. Rescue operations are continuing and five were already saved.

The landslide occurred in the forest in Ranimala area. This was followed by a flash flood. The uprooted trees were blocked at the iron bridge. Thus water overflowed, damaging the houses nearby. The area is still under threat as rain continues.

Though there were many houses, people had shifted to safer places due to warning from the authorities. Several areas on the Mysuru-Muthanga road were waterlogged and traffic was disrupted. With this, Wayanad district collector directed people to avoid travelling on this route.

New bookings should not be started until the red alert is withdrawn by the meteorological department. This should be ensured by the concerned local bodies and police force, the collector directed in the order.

Thundershowers likely in Kerala till Tuesday; IMD issues Yellow alert in many districts