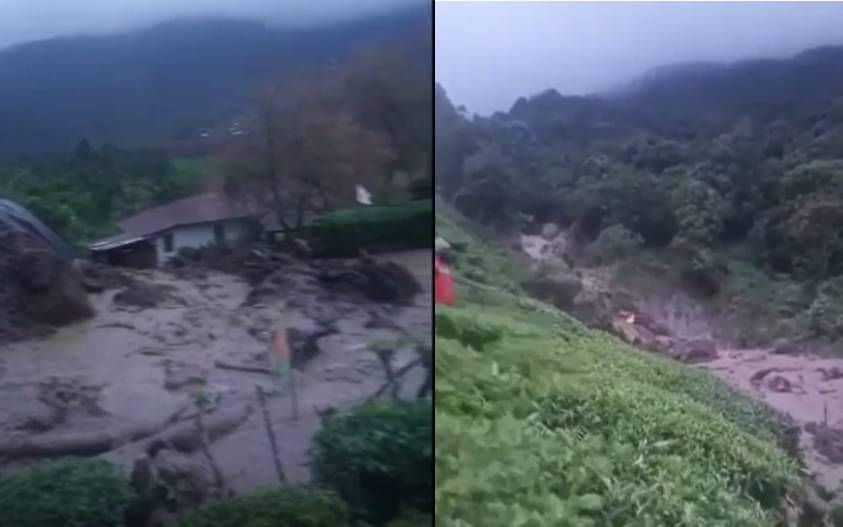 The area hit by landslide

Idukki: A huge disaster was averted during a landslide that hit Kundala estate in Munnar on the second anniversary of the Pettimudi disaster and 450 lives were saved by sheer luck. The landslide hit the Munnar-Vattavada path but was stuck without falling downwards. There were 41 families, including those in Kundala and other estates, living below.

The people who were travelling by this road during night were first to notice the landslide that had hit the road. The families were shifted from their houses after being alerted about the situation. Devikulam MLA A Raja said that two shops and temples in the area were completely submerged under the debris.

The Munnar-Vattavada route was completely covered with debris of huge rocks and mud. Vattavada has been completely isolated. The MLA said that the work to remove the debris from the road has started and the situation can be assessed only after this.

Pettimudi landslide took place on August 6, 2020 claiming the lives of 70 people. Only 12 people survived the disaster.