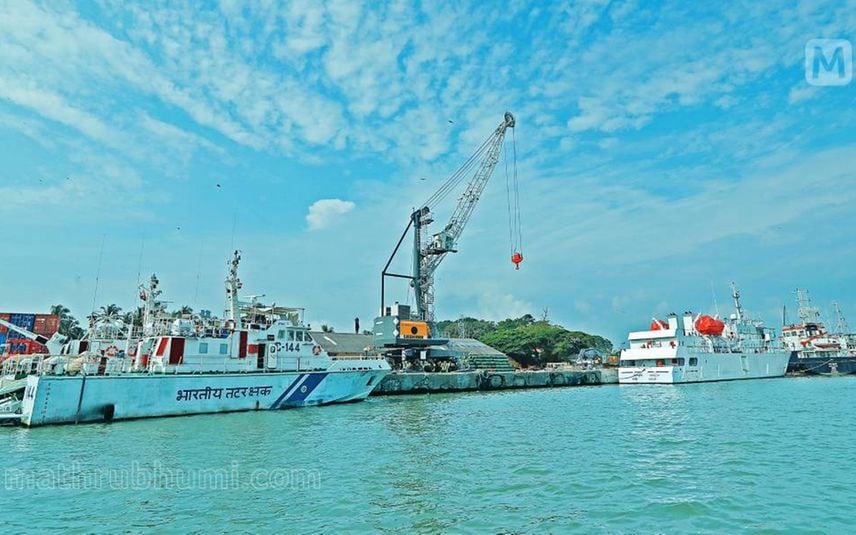 With the onset of the monsoon season, the tickets are issued to passengers who leave for Lakshadweep from Kochi harbour. Currently, only two ships are servicing from Kochi to Lakshadweep. Meantime, every service from Beypore harbour has been cancelled. This left many people in the Malabar region to rely on the 10 per cent quota allowed for passengers from this region on ships servicing from Kochi harbour. However, this meagre tickets is not enough to satisfy the demand from the region.

On Sunday, the Beypore Lakshadweep Port Office issued tickets to only 24 passengers of those who arrived for tickets for the ship 'Arabian Sea', which will leave Kochi port for Minicoy Island on the 14th. As many as 163 people from Beypore were stranded without any tickets. A total of 687 travellers to various other islands also left without any tickets.

As a result, the people were forced to stay in lodges and the homes of acquaintances. Meanwhile, others are living in the street after running out of money.

Earlier, ships like 'Parli', 'Valiyapani', 'Cheriyapani' and 'Minicoy', were conducting services from Beypore to the islands. However, they have discontinued after the onset of the monsoon. In Kochi, only two out of seven ships are conducting services to the islands. As a result, authorities only issue tickets to 10 per cent of the total passengers on these ships from Beypore.

On Sunday, T Siddiqui MLA visited the Lakshadweep Port Office in Beypore, held discussions with the Director-in-Charge and sought the information about the current crisis. He added that the issue faced by the islanders will be addressed in the assembly and the parliament.

What will happen to Lakshadweep byelection as HC suspends conviction of Mohammed Faizal?