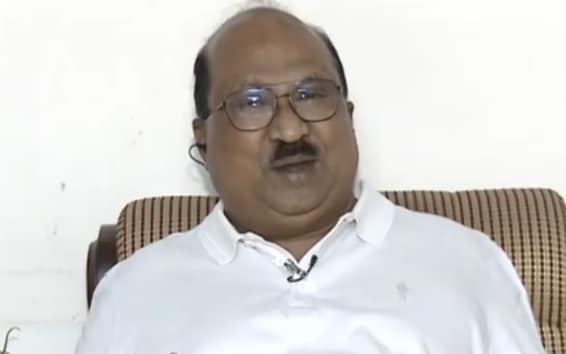 Ernakulam: Former Congress leader and union minister KV Thomas has come up against the party’s "double standards" on age criteria.

“The party is supporting 81-year-old Mallikarjun Kharge for the presidential post but denied me a Lok Sabha seat over the rationale that I am 73,” said Thomas referring to the Congress presidential poll that is around the corner.

Thomas made these remarks during an interview with Mathrubhumi News.

He added that Shashi Tharoor is the best candidate in the fray. Interestingly, his support for Tharoor comes at a time when the latter is struggling to get an endorsement from top state leadership. It may be noted that prominent Congress leaders have publicly extended their support to Kharge and have turned down Tharoor.

According to Thomas, Kerala leaders are supporting Kharge over the fear of high command.

Months ago, Congress had expelled Thomas over his participation in the LDF election convention at Thrikkakara. He swapped his loyalty to LDF after Congress declined him a Lok Sabha seat. His request for a Rajya Sabha seat was also denied.