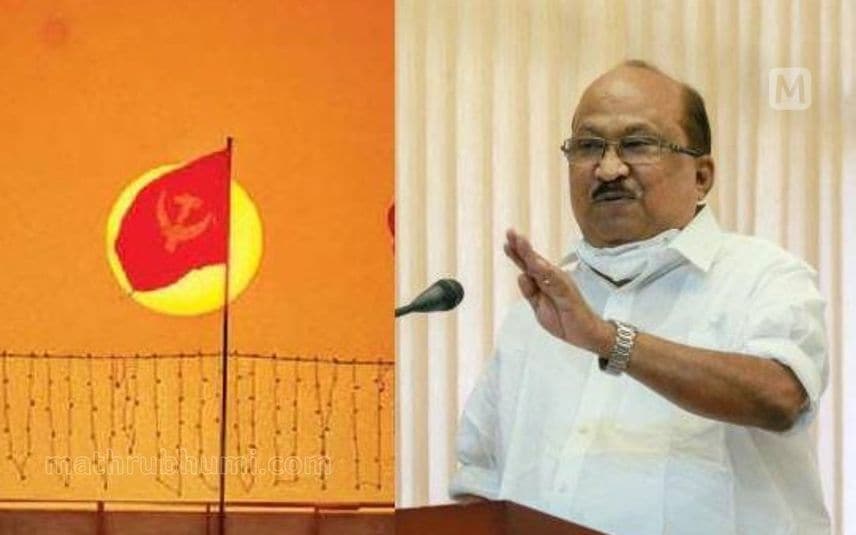 Thiruvananthapuram: Senior Congress leader K V Thomas affirmed that he could not be easily removed from the party.

“I did not enter Congress all of a sudden. Some threaten to remove me from the party and such comments are raised because they are unaware of the plan of action within the Congress party,” said KV Thomas. Thomas was addressing the media when the disciplinary committee was about to consider a complaint over his participation in the CPM party congress.

KPCC president K Sudhakaran alleged that KV Thomas had insulted the Congress party and its followers by attending the party congress of CPM. The central disciplinary committee of Congress will examine the complaint on Monday.

Sudhakaran’s complaint letter to Sonia Gandhi was immediately handed over to the disciplinary committee chairman AK Antony. After evaluating the complaint, the party will seek explanation from KV Thomas. The final decision will be taken only after discussing the reply submitted by KV Thomas to the committee. Later, the committee's decision may be forwarded to the president of Indian National Congress.

AK Antony, AICC general secretary Tariq Anwar, who holds the charge of Kerala, Ambika Soni, Jai Prakash Agarwal and Dr G Parameswara will attend the disciplinary committee meeting today. Sudhakaran has not recommended any action against KV Thomas. However, he had suggested severe punishment to the veteran leader.

Sudhakaran condemned the response of KV Thomas to the media and accused that it insulted the central and state leadership of Congress and hurted the families of the party workers who had sacrificed their lives for the party. Sudhakaran’s letter also noted that he and other senior leaders (Oommen Chandy, Ramesh Chennithala and VD Satheesan) had visited KV Thomas and demanded to refrain from attending the CPM seminar two days prior to his participation in the party congress.

Meanwhile, Oommen Chandy opined that the party leadership will determine the actions that to be taken against KV Thomas and he will completely support it.