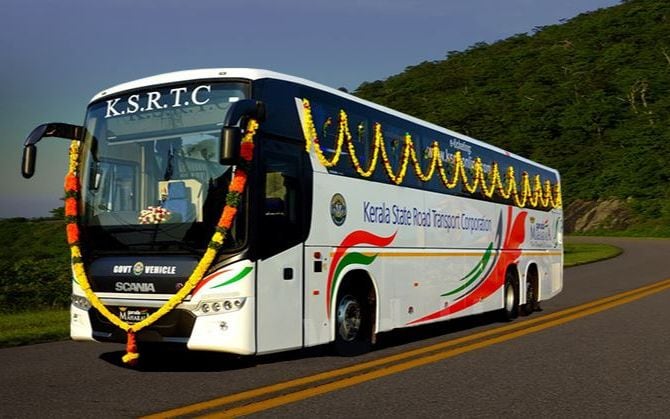 Thrissur: At a time when KSRTC is in a bad light over multiple reports on its various issues, an incident adding fuel to the fire occurred here on Friday. KSRTC’s Thiruvananthapuram-Bengaluru Scania bus service was disrupted here and left commuters in utter exasperation for more than two and half hours. Notably, the bus which is supposed to reach Bengaluru in the wee hours of Friday only left Thrissur on Friday morning.

The commuters raged over the matter and slammed authorities over lapses in the service.

Multiple versions and allegations have emerged in connection with the incident. One version is that the service got disrupted due to the non-functioning of air-conditioning in the premium class bus.

Reportedly, it was difficult for the authorities concerned to arrange alternative buses which are only available at Kozhikode, Kochi and Thiruvananthapuram. It is learnt that the authorities informed the commuters that arranging a bus at 3:30 AM was a tough task. As a result the commuters were made to wait until an a/c low-floor bus arrived at 6:00 AM in Thrissur depot. The bus headed to Kozhikode and from there the commuters were taken to Bengaluru in a Scania bus.

Meanwhile, some commuters who had to urgently reach Bengaluru left Thrissur in some private buses.

The passengers are in still distress as they are in contingency. There are allegations that the bus does not have a permit to take the service.