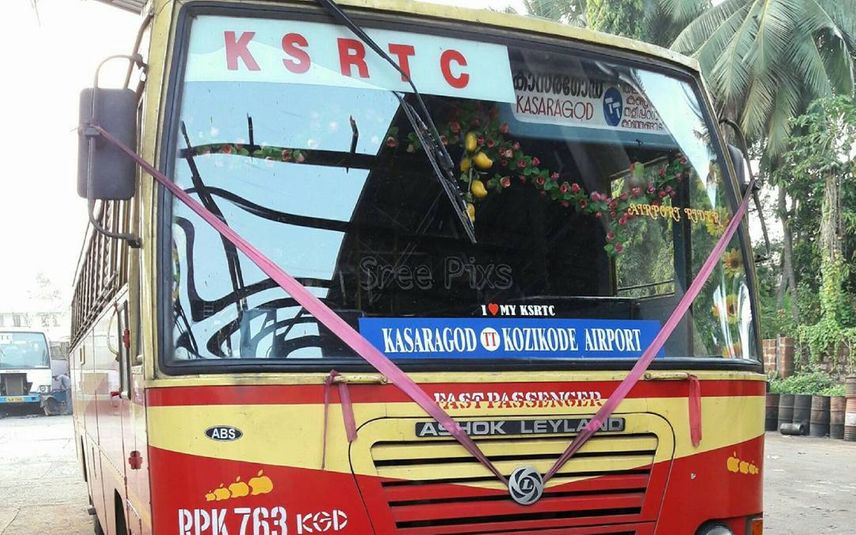 Kozhikode: KSRTC has been planning to stop the Kasaragod-Kozhikode night bus service which is popular as Karipur flight. It is learnt that the management is considering this proposal because of the low revenue collection from this route.

KSRTC has been operating this bus from Kasaragod to Kozhikode International Airport in Karipur. Though there are other night bus services on the Kasaragod-Kozhikode route, this has been the only bus with stops at all points. Because of this, the regular commuters fondly called the bus 'Karipur flight'. There is even an online community of commuters.

Earlier, the operation of this bus service was discontinued due to Covid-19-induced lockdown. Later, when it was resumed, the service was extended to Kozhikode town. However, with the establishment of Kannur airport, the KSRTC decided to stop this bus service. But KSRTC resumed the service after facing protests from the commuters.

Now, KSRTC is planning to cancel the service indefinitely. According to KSRTC, the daily collection of the trip to Kozhikode is recorded at less than Rs 2,000. While the return journey is fetching Rs 12,000.

The service was not operated for the last four days. However, KSRTC responded that the service has been stopped due to diesel shortage.