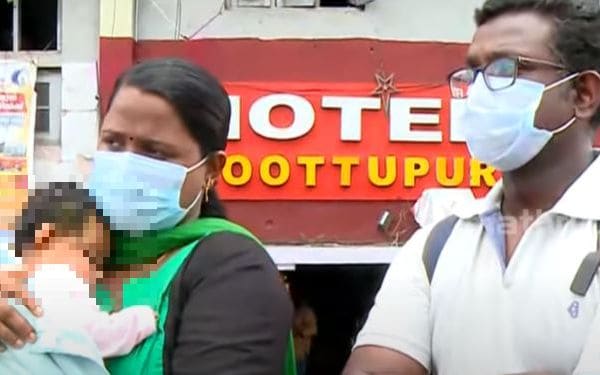 Kottayam: KSRTC employees protested with their families in front of the Kottayam depot over the delay in receiving salaries. One of the employees arrived with an infant for the protest.

Driver at KSRTC Kottayam depot, Manganam native Vyshakh, his wife Rekha, their three-year-old child, Athirampuzha native Amol, his wife and their infant were among the protestors.

The salaries for the last two months have not been distributed. The protestors said that they are not asking for bonuses, allowances or anything of that sort but only the money that they earned through working.

They said that bank loans and education of children depend on their salary and that they have no choice but to voice their protest.

The protest was temporarily called off after the DTO promised to speak to the KSRTC MD directly about this matter.