Two boys, who left their home in Thrissur to join the Goa football team, were found counting coins at the Satellite bus terminal in Bengaluru. 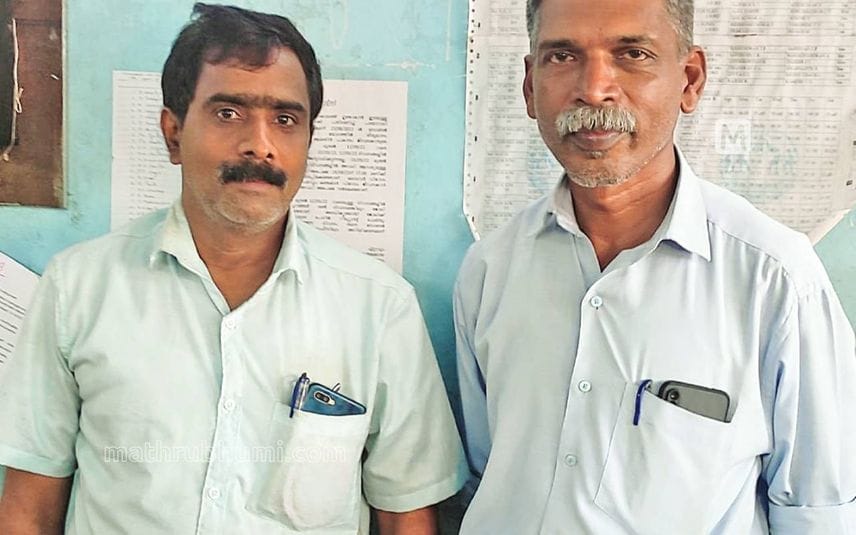 Thrissur: S Mayan and Joseph Isaac, driver-cum-conductors of Thrissur KSRTC depot, were on their way to change the name board of a KSRTC deluxe bus parked in Satellite bus terminal in Bengaluru. After placing the board on the bus that was scheduled to leave at 11 pm, two boys approached them and asked, “Will this bus go to Thrissur chetta...?

“This bus is scheduled to leave at night. It’s only 2 pm. There will be other buses that leave for Thrissur before this one. Go and ask at the counter”, replied Mayan and Joseph. However, the duo noticed the anxiety on the faces of the children and decided to keep an eye on them.

The children went to enquire at the counter, sat on a chair and began counting some coins from their purse. Out of suspicion, Mayan and Joseph cross-checked with the images of two missing children from Enamavu, Thrissur.

Soon after, they contacted Pavaratty police station inspector Ramesh via Thrissur depot and informed the matter. Following which, the children were brought back home in the 11 pm bus on October 13. As all the seats were booked in advance, one of the boys was seated in the conductor’s place and the other in the seat near the driver. According to the kids’ statement, they left home to join the Goa football team.