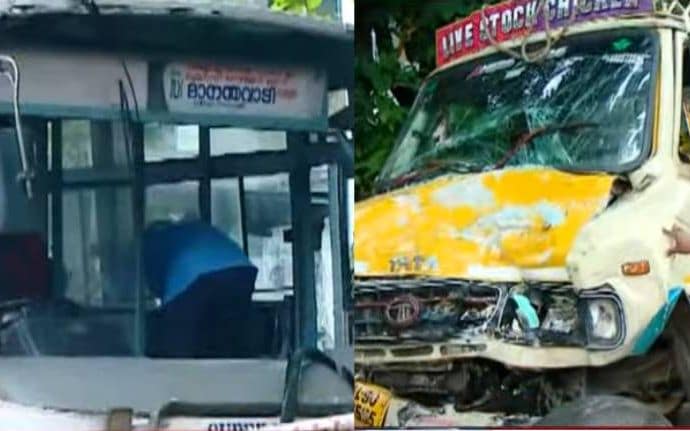 From the accident spot

Kozhikode: A man was killed after a KSRTC bus hit a truck parked on the roadside on the National Highway at Areekode in Kozhikode. The deceased has been identified as Mannarkkad native Shafeek, who was the driver of the truck.

The accident happened when the driver was unloading chicken from the truck at around 4.30 am on Tuesday. The boxes of chicken fell on Shafeek when the speeding KSRTC hit the truck. Though he was taken to the hospital immediately, he could not be saved.

The other three persons who were in the truck also suffered injuries and were admitted to the Govt Medical College in Kozhikode. Two of them were helping Shafeek unload the boxes standing on the truck. They were thrown off the truck and one of them is under critical condition.