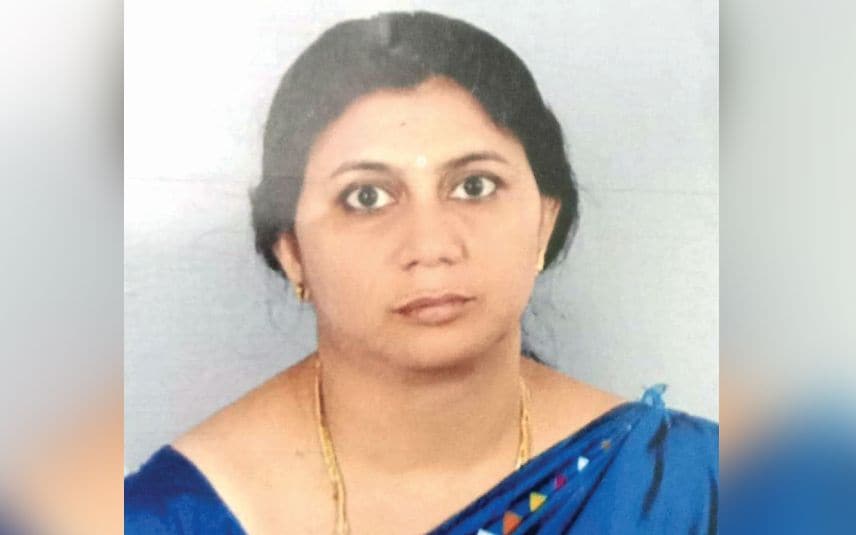 Thiruvananthapuram: KSFE Kannur- Chittarikkal branch manager died in a road accident on Monday evening. The mishap happened while Ulloor native Kumari Geetha (52) was accompanying her husband on bike. She was heading to Thampanoor railway station to return to Kannur after spending her holidays with family. Geetha, who was riding pillion fell on the road when a KSRTC bus hit the bike.

Her husband Parameswaran Nair, who is an inspector at Armed Police, sustained minor injuries in the accident. He was the gunman of former Chief Minister K Karunakaran.

Allegations are being raised that the couple was taken to the hospital only 20 minutes after the accident. A passenger who alighted from another bus rushed the couple to a nearby hospital.