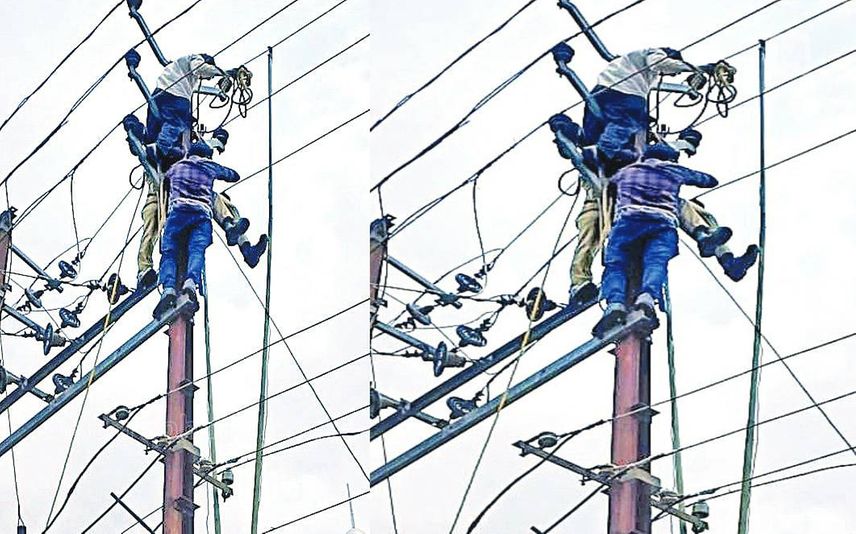 Vengara (Malappuram): A KSEB employee was electrocuted during work here on Friday but the timely intervention of co-workers saved his life.

AR Nagar Kunnumpuram Priyarajan (37) was on duty at Vengara Kooriyad junction on the Thrissur-Kozhikode national highway. At around 11.30 am, he realised that he left some equipment on top of the electric post after repair works. He climbed back on the post to retrieve it when his colleagues turned on the supply without knowing that Priyarajan was on top.

He got stuck on another line after he was thrown off from the shock. A co-worker immediately rushed to the top and held him from falling down.

Though fire and safety officials were informed, co-workers and natives stopped a lorry and brought him down. He was unconscious when taken to a private hospital in Kottakkal. His condition is stable. KSEB has not reacted to the accident yet.