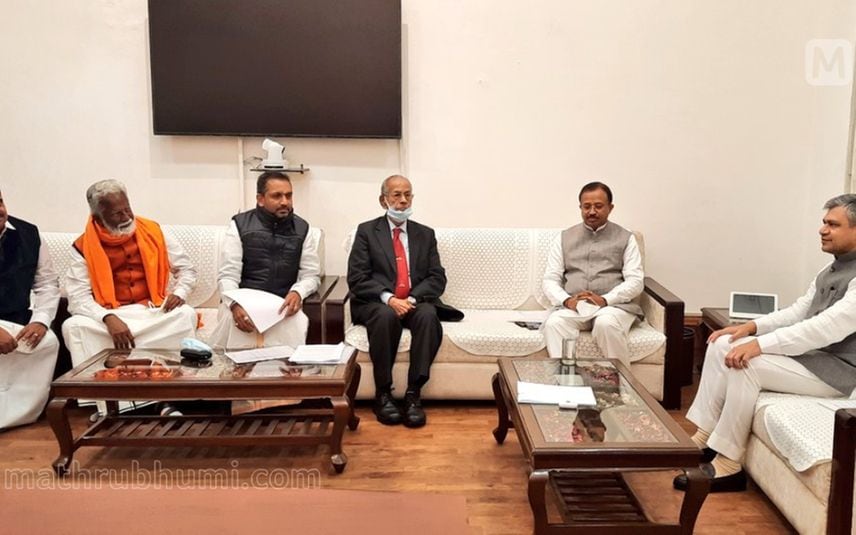 New Delhi: Railway Minister Ashwini Vaishnaw has announced that land acquisition for the SilverLine project should not be carried out immediately without completing the Final Location Survey and obtaining sanction. After holding talks with a delegation of BJP from Kerala here on Friday, the minister took to his Twitter page to announce the same.

Citing his discussion with delegates including Metroman E Sreedharan who was also BJP’s big bet for assembly elections in Kerala, Vaishnaw tweeted that the former explained to him about the 'serious technical issues in the SilverLine project'.

The minister also pointed out that without Final Location Survey, land plan and sanction, land acquisition cannot be done.

As per the reports of ANI, Union minister V Muraleedharan was also accompanied the BJP delegation.

"The project is detrimental to state's economy and ecology and is mooted only to fill CPM's coffers,"Muraleedharan said.

Muraleedharan briefed the Railway minister about the project and based on that the latter will give necessary directions.

“We've briefed the Railways Minister properly. We presented before him all problems it will bring to Kerala. He has been fully convinced about it and feels that it is not the right time to proceed with it. We've presented before him that in the present form, it's not advisable to go ahead with it,” Metroman E Sreedharan told ANI.

Reportedly, Sreedharan also said that the present DPR of SilverLine is inappropriate and it will take 10 to 12 years to complete the project.