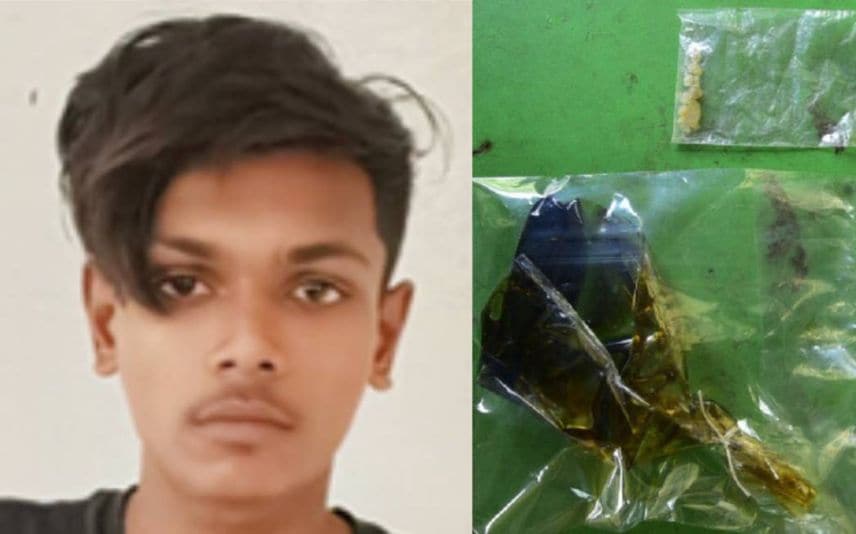 Kozhikode: A group of five youngsters, who stole bikes and looted temples to buy drugs, were nabbed by the police on Thursday from Kozhikode. Shahid Afridi (18), hailing from the Vellayil in Kozhikode, is the only person in the group who is not a minor.

They reportedly told Nadakkavu police that they were behind looting a temple in Thiruvangoor. Further, they also robbed shops in Thikkodi town and two-wheelers from houses in Feroke, Balussery, Nadakkavu, and Vellayil areas.

They sold the batteries stolen from vehicles. The money was used for buying drugs, including MDMA, and even travel to Goa.

The gang was nabbed by Nadakkavu Police after watching their movements for weeks. The CCTV from various areas revealed that youngsters were behind the robberies in the city premises.

The arrestees are students of a school in Kozhikode town. The police team also zeroed upon 12 other students having links with them. Every day, the group wanders around Mananchira and Kozhikode beach after school hours before returning to their houses. At midnight, the group execute robberies in areas where they target and consume drugs before committing crimes.

The arrested minors were released into the custody of their parents after issuing a warning.

DRUG USE AMONG CHILDREN