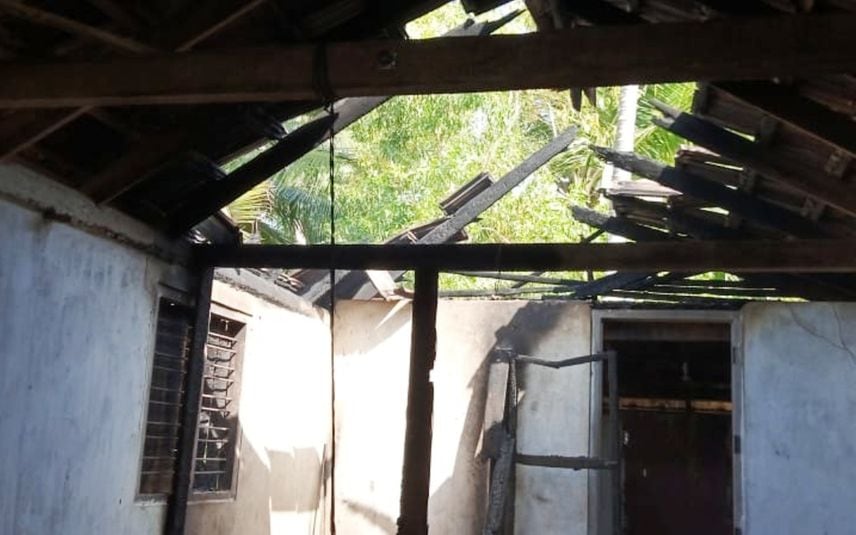 The house that was set ablaze

Kozhikode: The house of a POCSO accused in Payyoli was set on fire on Friday night in a suspected mob justice attack.

The house of Majeed was set ablaze after he was booked over a molestation attempt against a minor. He was in police custody at the time of the incident.

The house on two-cent plot with old-model tiled roof has been set on fire by a group of unknown individuals. The neighbours who came to know about the fire tried to douse it and was later joined by police and fire & safety officials who rushed to the spot and brought the fire under control.

Meanwhile, the accused was nabbed around 8 PM on the same day of the crime and his house too set ablaze. Police has initiated further proceedings over the incident.

Radiographer may be captured visuals of many women at lab, suspect police

Did not reject NSS, have not distanced myself from anyone: VD Satheesan