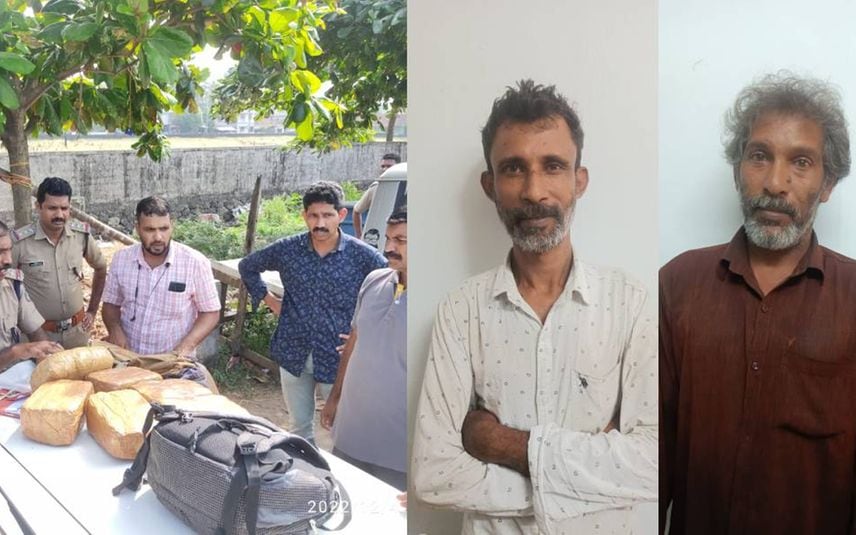 DANSAF had been monitoring the accused for some time based on the secret information received by Kozhikode City Deputy Commissioner Sreenivas. On Sunday, the police received information that the accused were transporting large quantities of ganja from Andhra Pradesh to Kozhikode. The accused tried to divert the police by boarding different trains and switching off their phones. But police took them into custody at Kannamparambu in Kozhikode.

Noufal also tried to escape by jumping into the river but was caught later with the help of locals.

The officials learnt that Saleem used to bury ganja in secluded areas and sell it to customers in coastal areas. He was also booked under various cases for selling brown sugar, ganja, and involvement in other petty crimes.