Manju and her family had to abscond from their home and live in a train following the nuisance caused by certain people. 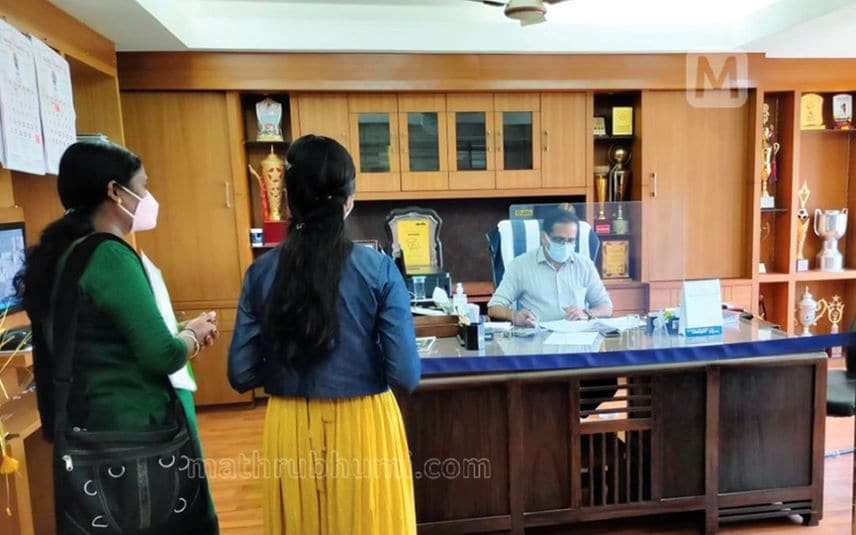 Manju and her daughter inside the cabin of Dr K M Naseer, Principal of Farook College in Kozhikode

Kollam: The family that was tortured by anti-socials and had to spend nights in train has gotten a new lease of life. Eravipuram native Manju’s daughter has joined for a degree course in Farook College in Kozhikode. Manju and her children had to leave their house and live in a train following the nuisance caused by some people in their neighbourhood.

The girl came with her mother and brother, met Principal Dr K M Naseer and completed the admission procedures. P S Vimal, a teacher at the college, said that the phone to attend online classes will be sent by the college officials the next day. She can stay at the hostel once the offline classes begin.

The mobile phone sent by Payyoli municipality standing committee chairman K T Vinodan to facilitate the studies of Manju’s son, who is in class 10, was delivered to Gandhi Bhavan in Pathanapuram.

Read more: Family of 3 forced to spend time in train due to threat from anti-socials

Read more: Help pours in for Manju and family who faced torture from anti-socials