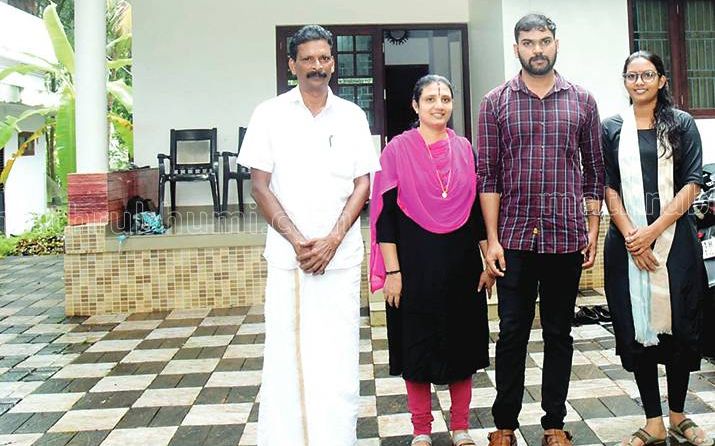 Divakaran with his family | Photo: Mathrubhumi

Onchiyam: It wouldn’t be an exaggeration to say that Divakaran, a construction worker hailing from Vellikulangara, is being chased by luck. He won Rs 5000 each for two tickets taken two weeks back. For the 10 tickets bought using this prize amount, one ticket won Rs 1000. He took another ticket after that, Kerala Lottery’s Fifty Fifty. This time he hit the jackpot and won a whopping sum of Rs 1 crore!

The result came that evening itself, but Divakaran learned about it only on the next day’s paper. Divakaran says that Chandran who let him borrow money is much more excited than him over his win. Girija is Divakaran’s wife. Sukruth Surya and Hrith Surya are his children.