‘To strengthen and to protect’ is the motto behind the formation of the ‘Karuthal Pada’.

Kozhikode: Kozhikode District Congress Committee forms ‘Karuthal Pada’ to resist the groups arriving to lay survey stones and conduct surveys as part of the SilverLine project. It was announced through a Kozhikode DCC press release that an 11-member group named ‘Karuthal Pada’ has been formed to strengthen the protest against the project and to stand with those affected by the project. DCC has also started a call center as part of this.

‘To strengthen and to protect’ is the motto behind the formation of the ‘Karuthal Pada’. DCC has informed that the members of this group will work closely with the people who are protesting against the implementation of the project. The names of these 11 members in the group were also listed in the announcement signed by the DCC president Adv K Praveenkumar. 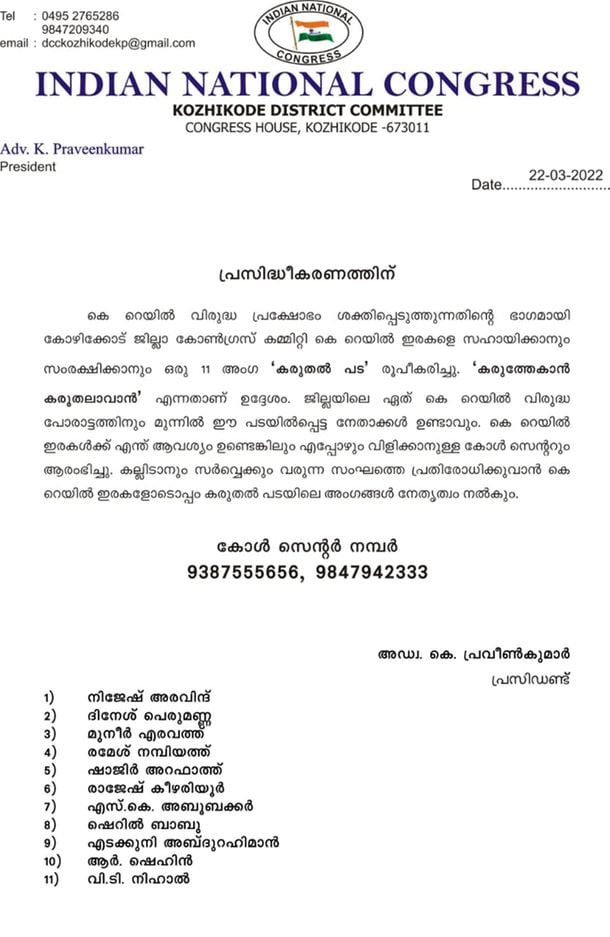