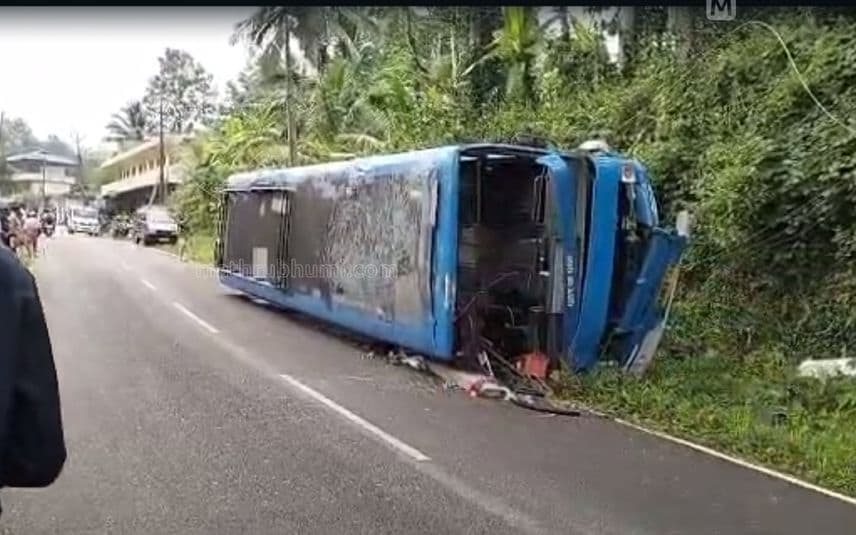 Kottayam: The driver of a private bus sustained injuries after his bus lost control and overturned near Moonnilavu on Thursday. It is learned that the bus overturned after the driver tried to stop the vehicle by deliberately crashing into a nearby wall following a brake failure.

The incident happened around 3 PM. Fortunately, the driver was able to avert the situation from getting out of control. The driver suffered injuries to his head. Some passengers had minor injuries.

The injured were rushed to hospitals in Erattupetta and Pala.