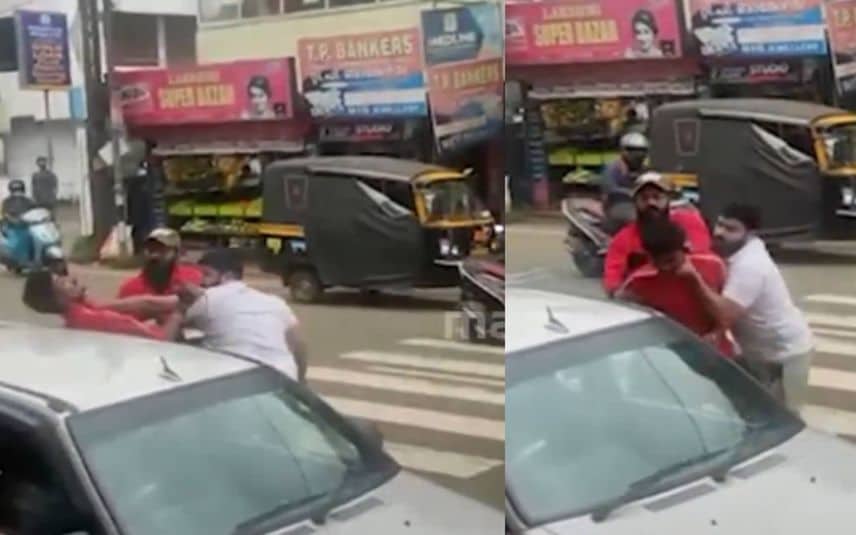 Visuals of the attack / Photo: Screengrab of Mathrubhumi News

Kottayam: Taking law into hands, a man attacked a bus worker at Erumeli here on Thursday for allegedly misbehaving with a woman passenger.

The incident happened in the evening.

The man publically thrashed the bus cleaner Achu, a native of Eruthuvapuzha.

The purported video of the incident was circulated on social media. According to the complaint filed by Achu, he was smashed by the person with a beer bottle.
Achu has been undergoing treatment at a hospital.

The police informed that they have identified the accused and booked him for physical assault.