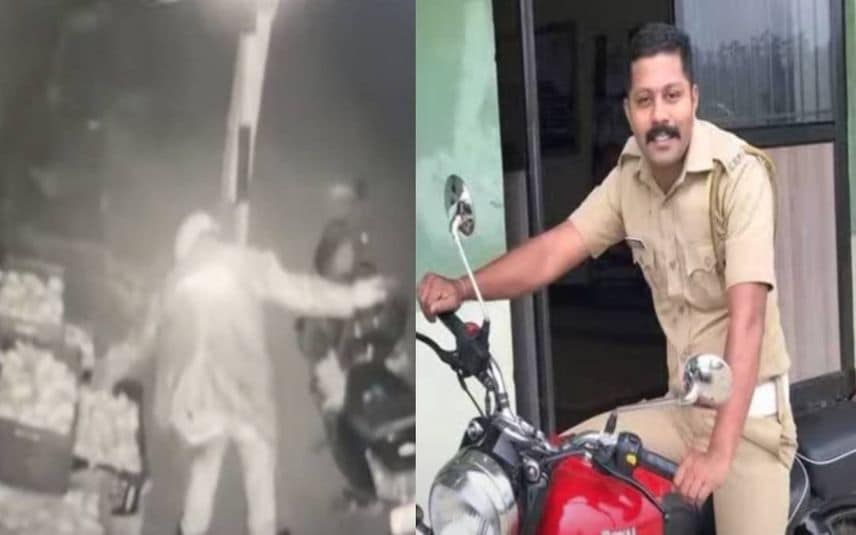 CCTV visual of the crime-Shihab

Kottayam: Reports have emerged that a Kottayam cop who was suspended over stealing mangoes from a roadside store in Kanjirappilly here is an accused in a sexual assault case too.

Earlier on the day Shihab, a civil police officer of AR Camp, has been suspended for stealing around 10kg of mangoes from a store in Kanjirapally here. The move came after the CCTV visuals of the act emerged on social media, putting Kerala police in a bad light.

According to the latest development, Shihab has been facing trial in a sexual assault case registered at Mundakayam police station against him in 2019.

He was also booked for attacking the survivor in the 2019 case.